September 2020 Calendar at a Glance 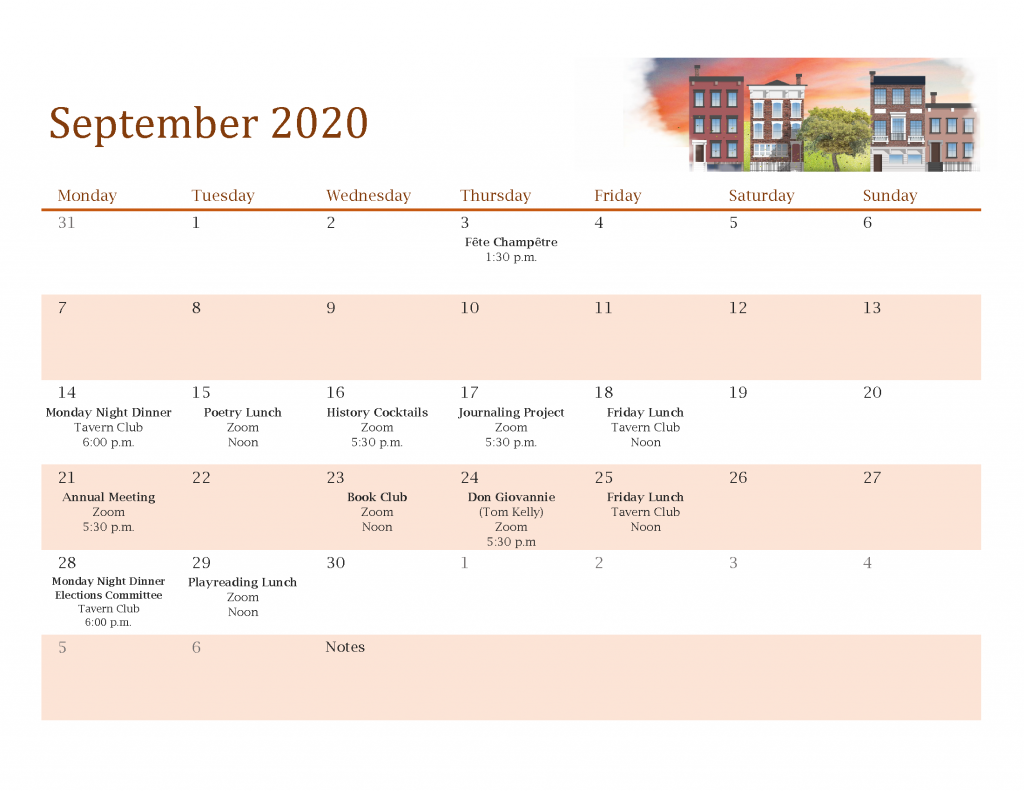 A Note from the President: 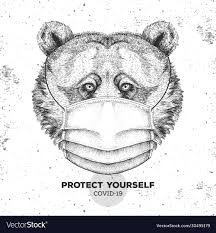 The incidence of coronavirus infections in Massachusetts remains low but not low enough. Despite the limited opening of restaurants and bars and several large public gatherings, there has been no major spike in infections. In the eyes of the State, the Tavern Club is a restaurant and, under current restrictions, we are limited to 20 members in the building at a time. The occupancy limitation will allow us to do a few things like Monday Night Dinners, Friday lunches, and small theme lunches but not the large events that we so enjoy. We will continue to have lectures on Zoom and we will hold the business part of the Annual Meeting by Zoom on September 21 to hear the officer’s reports and vote on the report of the Nominating Committee. The awarding of medals and reading of memorial minutes will be deferred until it can be done in person, possibly this winter.

Mr. Fay and I will meet with the staff on September 1 to review the protocols for safely opening the Club starting with Monday Night Dinner on September 14. We will follow the protocols established by the State for restaurants including one-way traffic in and out of the building, masks when not seated at a table, masks for the staff, readily available hand sanitizer, drinks ordered from the table, maximum six people per table, windows open, individual condiments, wrapped butter (sorry Nancy), and wine poured by staff. It will all require from the members conscientious flexibility and a sense of humor.

This fall, the hours worked by the staff will be less than normal but we intend to continue paying full salaries as we have during the time the Club was closed. Needless to say, the interruption in restaurant revenue is having an effect on Club finances, which Treasurer Deb Bornheimer will discuss at the Annual Meeting.

Possibly sold out, but still worth going on the waitlist.

To celebrate the end of summer and a new (peculiar) year at the Tavern, you are invited to an open-air, socially distanced Fête at Carolyn and Bob Osteen’s home, 15 South Lane, South Dartmouth, MA on Thursday, September 3.

The picnic location is about 80 minutes south of downtown Boston. To minimize traffic delays and avoid travel after dark, the Fête will be a picnic lunch served at 1:30 p.m. Every effort will be made to make the event safe and compliant with Massachusetts regulations and recommendations. Attendance will be limited to the 48 people who can be seated at eight six-person tables under the tent. Guests will be asked to wear masks when not seated at their table. Drinks will be served at the tables. Lunches will be individually boxed with utensils.

Because attendance is limited by the social distancing requirements, members are limited to one guest each. Please notify Tony Fay and if space opens up you will be sent detailed directions, etc.

Put on your lawn-party attire and join us as we embrace the new normal at a distance from our old friends.

Monday Night Dinner at the Tavern 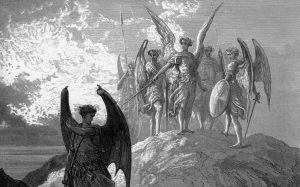 Feeling Satanic? Come to Part II of our Milton Poetry luncheons, in which we explore this fabulous character, Satan, who engineers the Loss of Paradise and fights God. Whose side are you on? Whew!

Jamie Holmes has written a wonderfully reviewed book, 12 Seconds of Silence, on the various ways the Allies defeated the Nazis in intellectual warfare and the people who made that happen from then-presidents of Harvard to obscure engineers from the midwest.  It’s a fascinating, beautifully written book. Please sign up to join us via zoom and guests are welcome.

Three Cheers for Summer – While thrown into the partisan politics and the racial reckoning (and also hope) of this historic summer, while  threatened and constrained by the pandemic that keeps raging, Taverners have also found time to paint, sculpt, read, write plays and poetry, maneuver gin poles and the tops of Prosecco bottles. Join us September 17 for a Zoom party in which we will share the art we’ve created this summer and do the unthinkable: open the pages of our journals. Everyone welcome. The structure of the evening will be laid out clearly on the day but we hope to rekindle the good humor and art of conversation art that thrives around the much-missed and hallowed table at Boylston Place. People who have submitted journal pages, come prepared to read or speak briefly (for a minute or two) about your work or works.

Please send submissions to our slide master Warren Ross at wardog@earthlink.net. If already sent to Alice Cornwell, don’t worry, I have forwarded them to Wardog.

Friday Lunch at the Tavern

Kauffman, The Last Kings of Shanghai

Jonathan Kaufman, Pulitzer Prize winning Northeastern Professor of Journalism will discuss his new book, The Last Kings of Shanghai.  Starting in the mid-19h century in Shanghai, two Jewish families, the Sassoons and the Kadoories, both originally from Baghdad, stood astride Chinese business and politics, profiting from the Opium Wars, surviving Japanese occupation, courting Chiang Kai-shek and losing nearly everything as the communists swept into power.  Kaufman tells the story of how these families participated in the economic boom that opened China to the world.The story stretches from Baghdad to Hong Kong to Shanghai to London. It is a tale of opium, struggling family rivalry, political intrigue and survival.

Reserve in advance with Mr. Fay to receive the Zoom link.

Tom Kelly will tell us about the premiere of Mozart’s Don Giovanni, in Prague. There, in 1787, an audience first heard this dark tale, told in songs of humor, love, despair, horror, and evil.  A year earlier, the Prague audience had loved the sly Marriage of Figaro: what would they think of DG? 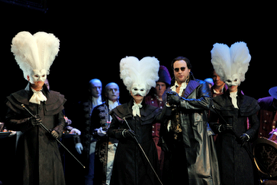 Friday Lunch at the Tavern

The Play-Reading Luncheon Series Resumes! Are you yearning for a play full of lies, submerged sex, animals in the attic and crazy family members — none of which can be overcome by truth?  Well then, you’ll love “The Wild Duck,” Ibsen’s symbolist masterpiece.  Besides all getting roles, we’ll all get to take a turn in figuring out what that wounded wild duck stands for during discussion time!

So that we have  a common edition, please use Dover Thrift Editions, available in paperback and kindle from Amazon.

We’ll do it on Tuesday September 29 at noon.  Please reply to Tony and George Heaton and/or Anson Wright — and let us know if you have any difficulty finding the text. (Do not expect to be cast as the wild duck except if you only want to listen;  it’s a non-speaking role.)

And Bridge continues online.  Contact Deb Bornheimer if you are interested in joining.  No experience required. duxdeb@gmail.com.

The Arts Round Table will hold a special evening event with guest speaker Alex Beam on Thursday, October 1.

Alex will speak about his new book, Broken Glass: Mies van der Rohe, Edith Farnsworth, and the Fight over a Modernist Masterpiece, published in March. The New York Times called it “a thorough and thoughtful account that is both a knowing biography of an object – the house – and of its two principles, the well-documented Mies and the widely overlooked Farnsworth.” Well-known to Miesians but not to most of us, this is also the story of a romance between an architect and his client that wound up as a contentious court case.

Due by Tuesday, September 8

Taverners:  Submit it to the Halloween One Act Plays Competition by September 8.  This year , imagine that we’ll be presenting the Halloween Plays virtually.  Think of the creative possibilities!  Instead of staging the plays in our theater, we might ‘stage’ the plays on Zoom.  Any play we’ve performed in the past on the stage would work in this new format.