Old Tavern composers never die, nor even fade away. Every year, from the Tavern’s archives, we resuscitate musical hits of the past.  25-30 Taverners reprise the songs going back to our founding.

For 2017, the Tavern’s 133rd year, Jim Terry has selected samples from each of our four one-third centuries. Written by 18 composers for Tavern musicals beginning with Narrenabend, 1892, these songs are a smørgasbord – different flavors at different times, but all of a character and to be performed in a manner quintessentially Tavern. You’ll recognize some favorites. You might even sing along. Encourage family and friends to see what their Taverner can do, or what their forbears have done.  Offspring have been known to find it hilarious and oddly encouraging. 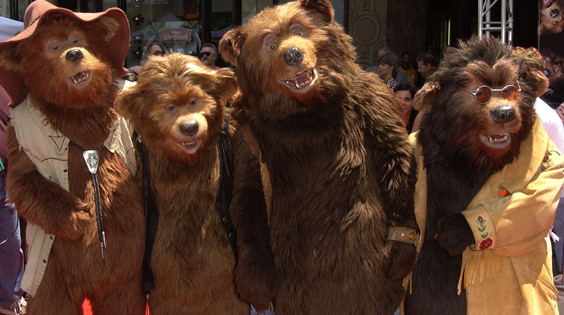 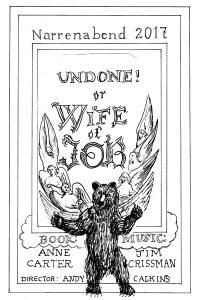 “And God thought Job was quite the man,
Extolled his virtues to Satan
Who said “Let’s break him if we can!”
It’s in the Book of Job.

But in this mighty cosmic game
Approved by God, Job’s wife became
A hapless victim, what a shame –
It’s in the Book of Job.”

Cast, Instrumentalists, and Crew are hard at work to bring you this year’s Narrenabend, the story of a misunderstood woman, the nameless wife of Job, starring JoAnne Dickinson as Wife, and Nick Clark as Job.

Brett Donham and I had lunch with Emerson President Lee Pelton. Among the topics discussed was the timetable for repairs to the Tavern that resulted from the construction next door and for the fire escape. Brett and Tony Fay have kept a close eye (with photographs) on cracks and other damage. Communication with Emerson has been timely and there is no disagreement about responsibility. The repairs will be included in the “punch list” for the new Emerson building which needs to be completed by September for occupancy in the fall. The Tavern fire escape will be built after the contractor completes the “punch list”. To meet the Fire Code’s requirement for access to the fire escape, the Club needs to reconfigure the passageway through the office and storage areas on the third floor. Those plans are being drawn up now and we anticipate construction starting this summer while the Club is closed. In anticipation of that construction, Tony and Jacqueline have removed much of the decades of detritus that had accumulated in those rooms. Bob Osteen 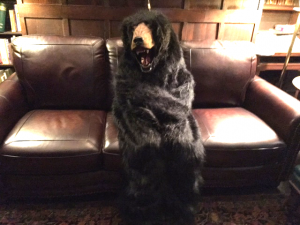 Observant Denizens of the Tavern Library may have noticed that we have a new sofa, and all are encouraged to see if it is as comfortable as the old one. Hardly know how to couch this, but we welcome the new, who will hear us endlessly “say things we half believe to people who half understand” as did the beloved old one, and good wishes to it as it takes the final journey to sofa Valhalla. Thanks to Brett Donham for this needed addition to Club comfort.

The Arts Roundtable will welcome special guest David Nelson, the new president of The Massachusetts College of Art and Design.  David comes to MassArt, the nation’s first publically supported professional art school, from the University of North Carolina School of the Arts, the second and only other public college of art in America. A man of many talents, David has played the trombone, conducted orchestras, and taught courses in religious studies. A passionate spokesman for the important role of arts education at the college level, David will discuss his vision for the future of MassArt and its talented students. 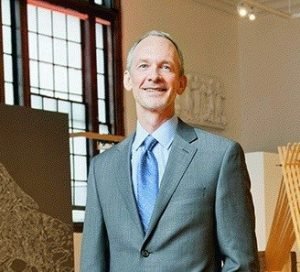 Reserve with Tony Fay if you can stay for lunch.

The Tavern Book Club will meet to discuss Daniel J. Brown’s The Boys in the Boat: Nine Americans and their Epic Quest for Gold at the 1936 Berlin Olympics. Our own Laurie Coolidge, former Harvard Crew Coach and two-time coach of winning Henley Regatta crews will lead our discussion. Guests welcome. 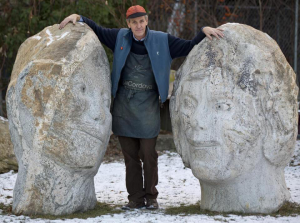 Joe was always working. Whether with his hands, in his imagination, or in conversation, he had something insightful to offer. And he said a lot.

A small part of his rich legacy will be on display in the Tavern Club gallery this month.

Joe had a simple theory of art. He said it takes a head, a hand and a heart. The head is the concept, the hand is technique and the heart is the feeling.

He said, approach any piece of art with this in mind and you can see where the emphasis lies. Too often, it’s not balanced. There’s too much of one and not enough of the others. His example of a masterpiece where the three elements work in concert is Rembrandt’s Man in the Golden Helmut.

His daughter, Tess, said of Joe’s work in an exhibition catalogue at Oxenberg Fine Art in Miami: “After a quarter-century of looking at this work, it holds many secrets still. My feeling of a sympathy, a generous honesty, in these sculptures draws me to them, as to friends — whether sad or wise, playful or proud.”

Using his own definition of art, his head, his hand, and his heart were in balance. He was himself a masterpiece.  He is missed.

Jane Kamensky, Director of the Schlesinger Library, will talk about her new book about which Stephen Greenblatt has written: “Vivid, intimate, and richly detailed, Jane Kamensky’s biography of John Singleton Copley illuminates the deeply intertwined worlds of America and England at the moment of their violent divorce. The career of the great painter from Boston provides a wonderfully fresh and surprising perspective on the American Revolution, on the scope of artistic ambition, and on the high costs of divided loyalty.”

And on Wednesday, March 22

Stephen Kinzer Reprise:  His new book, The True Flag: Theodore Roosevelt, Mark Twain, and the birth of American Empire, on the initial debate over whether America ought to get into the business of empire-building… “Stephen Kinzer’s The True Flag is a marvelous and timely look at the rise of American imperialism at the turn of the twentieth century. All the big power players of the era – Theodore Roosevelt and Mark Twain among them – are analyzed cogently as intellectuals of great merit. An outstanding book!” – Douglas Brinkley. Many Taverners will remember Kinzer’s lunch on the Dulles brothers and his wonderful imitation of JFD. We’ll have to see how well he does Mark Twain…

In case you missed i:

SPECIAL EVENT April 26 and (please note it’s Wednesday), our Dinner Guest will be Andris Nelsons, Music Director of the Boston Symphony Orchestra and Music Director Designate of the Leipzig Gewandhaus Orchestra (through the BSO’s new affiliation).

Wednesday, May 17 Tom Kelly will conduct our Book Club meeting on his wonderful book First Nights detailing the historical and musical aspects of the first performances of Orfeo, Rite of Spring, Messiah, and Symphonie Fantastique – who was there, the instruments, the historical background and much else.

Tuesday, May 23 at a combined meeting of the Poetry Lunch and the Book Club we will give recognition to recent Nobel Laureate Bob Dylan by having BU and Oxford Professor Christopher Ricks discuss his book Dylan’s  Visions of Sin, a sparkling close reading of Dylan’s lyrics and their relation to poetry in general. In Dylans words “it aint the music, man its the words”