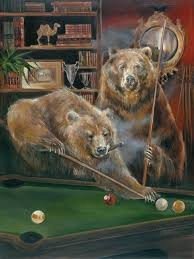 The Tavern faces off against St. Botolph this year in a contest of Billiards on the Tavern’s tables. All members and guests will have a chance to take a turn. No experience is necessary – novices will be taught the basics of the sport.

Drinks begin at 6.00 pm, and there will be a Victory Dinner for all at 7.30. Questions? Email Jeff Peters at gmacpeters@gmail.com. Anticipated warm weather may preclude traditional black tie, but medals for the Tavern side, and our signature green softball hats.

The thirteenth year of Summer Shorts, four short plays acted by Peter Aitken, Anne Carter, Nancy Maull, Bob Osteen, Peter Randolph and Brigid Williams, with piano accompaniment by Jeff Peters. Each of this year’s short plays, all by published playwrights, hints at a question that is not quite answered.

Guests are welcome at both of these Special Events – sign up as soon as possible with Tony Fay.

On Wednesday, June 14, the Arts Round Table will make a field trip to the Addison Gallery of American Art, Andover, MA. Museum director Judith Dolkart will lead us on a special tour of Frank Stella Prints, the artist’s first major prints exhibition since 1982, and The Gifts of Frank Stella, honoring his longstanding generosity with gifts of art to the museum. Stella graduated from Phillips Academy, Andover in 1954 and was forever grateful for the art education he received there. “At Andover I was already interested in art, but the opportunities there seemed to thrust themselves at me.”

Meet at the Addison Gallery entrance at 11:45 for the tour, followed by lunch at the Andover Inn at 1 pm. Space is limited. Sign up early with Tony Fay. Guests welcome. For directions see addisongallery.org. 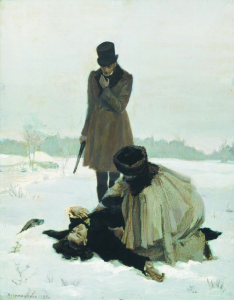 The Poetry Lunch will have our concluding rollick on Tuesday, June 20, with Alex Beam musing on Eugene Onegin, the novel-in-sonnets by Alexander Pushkin (1799-1837). If you’ve read Alex’s recent book The Feud: Vladimir Nabokov, Edmund Wilson, and the End of a Beautiful Friendship, you’ll know that Onegin was implicated in the unfriending, and Alex might muse on the whole thing there, and will read samplings from several translations of the poem (he favors the one by Sir Charles Hepburn Johnston), and along the way will sharpen our understanding of the poem’s
enduring influence in Russia. Those of you who know Alex are aware that he’s awfully, mischievously fun to be around; he’s among our liveliest cultural critics. Plan for this to be fun. No prereqs–just bring yourself, and a friend.

On Wednesday, May 10, Frankie Fitzgerald spoke to a full house of Taverners at the Arts Roundtable Lunch about her new book The Evangelicals: The Struggle to Shape America. The Evangelical Movement, we learned, began in the revivals of the 18th and 19th centuries, known as The Great Awakenings, and have in many ways shaped American culture and politics from then to the present. Evangelicals now constitute 25% of the American population and range from Tea Party supporters to social reformers.

Nick Greville’s lively exhibit will come down on June 6, and an exhibition of Treasures from the Tavern’s Collection will be mounted.

The Annual Meeting drew a very full house. Minutes of the 2016 meeting were approved, and Unanimous approval was given to the recommendations of the Nominating Committee. Appreciation was expressed for the years of hard work and dedication of retiring Secretary Christopher Smallhorn  and Vice President Sandy Righter.

Memorial Papers were then read for the Taverners who died in the past year: Robert Bradford, John Constable, Harry Lodge, Paul Perkins and Joe Wheelwright.

Introduced by David Greenway, on May 18 the Tavern welcomed Joseph Lelyveld, who discussed his book on the last eighteen months of Franklin Roosevelt’s life, His Final Battle. The book, among its other fine attributes, is a case study in the terrifying constraints and circumstances of presidential decision-making, a topic of particular interest today.  Lelyveld explained the extreme physical challenges of Roosevelt’s last months and talked about FDR’s disposition to both privacy and congeniality, a temperamental combination that served to mask his true condition from public view.

Did this masking help or hinder the events in the months before the Nazi surrender?  Should Truman have known of the atomic bomb? Would it have made a difference? Taverners probed these and other questions that make Roosevelt and his legacy a continuing source of speculation, conjecture, and new historical insights, Lelyveld’s masterful work among them.

Clambake and Festivities in the beautiful grounds of the home of Robin and Bina Thompson in Lincoln.

Calling for submissions!  Sharpen your quills! There are only three rules for submitting a fall play. Send them in by Labor Day.

(Submit as many plays as you would like, but use the same name for all.  The idea of the competition is not just to have three plays, but to have them written by three different authors).