The Arts Round Table will visit the North Bennet Street School in Boston’s North End. For over a century NBSS has offered training in traditional trades and fine craftsmanship with programs in fields such as bookbinding, violin making, and jewelry. Our guided tour of the studios will begin at 11:30, after which we will gather for lunch at one of the neighborhood’s fine Italian restaurants. Guests welcome. Sign up now!

Matthew Teitelbaum, the Director of the Museum of Fine Arts in Boston, will be our dinner guest and speaker. Matthew arrived in Boston in 2015 to become the Director of the MFA.  He was previously the Director of the Art Gallery of Ontario in Toronto, where he oversaw the museum’s expansion and renovation by Frank Gehry.  He will give a presentation about the role of the MFA in Boston. The MFA is an international museum with a responsibility for the preservation and exhibition of a wide range of art, and at the same time has to deal with an equally wide-ranging set of expectations in our community for an ever improving visual experience.   Matthew started his curatorial career in Boston in 1989 as a curator of the Institute of Contemporary Art and is therefore quite familiar with the art world in Boston. Cocktails start at 6.00 pm, dinner at 7.00 pm and the talk and discussion at about 8.00 pm.

The Arts Round Table will welcome special guest Robert McCracken Peck to speak about his new book The Natural History of Edward Lear. Historian, naturalist, and explorer himself, Peck is also curator of Art and Artifacts at the Academy of Natural Sciences at Drexel University in Philadelphia. He will show us how the inventor of the limerick and author of The Owl and the Pussycat began his prolific career as a scientific artist of birds and mammals that he continued throughout his life. Guests very welcome and bring your Naturalist, Birder and Artist friends.

The MeistUrsingers resume their rehearsals with Maestro Tom Kelly on Thursday, January 19, 12:20 in the theatre. Please let Tony Fay know if you plan to stay for lunch.

The History Lunch will feature Tony Rogers – novelist, musician, and lawyer – who will discuss Fake Smiles, his insightful memoir about coming of age in Washington DC during politically turbulent times with a father who was Attorney General under Eisenhower and Secretary of State under Nixon. Walter Isaacson praised Fake Smiles for helping us “better understand the issues of family, country and finding your way.” Guests welcome.

The Poetry Lunch will meet with local filmmaker Leita Luchetti to celebrate the recent arrival of her Poetry Breaks on the website of the Academy of American Poets. Originally produced with WGBH, this series of short videos brings us into intimate contact with poets, often in their own homes, reciting their poems and chatting informally. We’ll screen a few examples, including footage not yet aired, from such since-departed souls as Galway Kinnell, Allen Ginsberg, Stanley Kunitz, Philip Levine, and Seamus Heaney. Leita will share reminiscences. Hosted by Poetry Chair Albert LaFarge. Guests are welcome. Gather at noon in the Library, then to the Perry Room.

Gallery
Rocks and Water, paintings by Ernst von Metzsch and daughter Julia von Metzsch Ramos, will remain on display in the Gallery until February.

On December 1 our own Dan Coquillette gave a talk about his book On the Battlefield of Merit which describes the first hundred years of the Harvard Law School, and he also provided interesting insights into the developments in the second hundred years of the School, which he plans to publish in about a year or so. Dan’s talks are always a guaranteed success, thanks to his wit and wisdom. He described how the Harvard Law School gave opportunity to many gifted students, and also how the School dealt with issues of slavery, race, gender and the effects of the civil war on its graduates. The discussion afterwards was lively and free of fist fights, thanks to Dan’s generosity of mind when dealing with all the wisdom generated by the Taverners and their guests. (On the Battlefield of Merit is available on amazon.com and Harvard Coop. Volume Two, The Intellectual Sword will be published in the Fall of 2018).

The Christmas Feast and Play provided a wonderful Tavern evening on Thursday, December 15. At dinner, the annual exchange between Santa Claus and our Bear-in-residence (Bobo Devens and John Tittmann, respectively) preceded the award of Club buttons to Deb Bornheimer and Albert LaFarge. Then came chef Salem and the Boar, followed by the Tavern Hymn, the reading of this year’s Christmas poem by John Ording, a delicious feast, and the induction of new members George Beal, Joel Ives and Warren Ross by Club president Bob Osteen.   Then up to the theatre for “Christmas Letters”, book and lyrics by David Scudder, music by David Chanler, directed by Elaine Woo. Maisie Houghton played mother to sisters Brigid Williams, Carole Charnow, Anson Wright and Abbie Trafford, plus a couple of  (not) identical twins Peter Erichsen and  Jerry Mitchell.  Staffan Ericsson and Roger Warner represented Ecuadorian law,  Jane Shaw was president of MIT (and also prompter), and Mary Scott and Stephen Score the utterly convincing rabbit and fox pursued by hunter Lanny Thorndike. Lighting was controlled by David Lawrence and Gabrielle Wolohojian, sets by Peter Haines and Katherine Boden, costumes by Martha Eddison Sieniewicz, sound by Warren Ross, videography by Frinde Maher.  David Chanler (piano), Hal Churchill (clarinet), and Watson Reid (guitar) provided the orchestral accompaniment to this delightful extravaganza, casting those Christmas Letters in a whole new light!

The Christmas Caroling, held on December 19 and the last Tavern event of 2016, is now well established as one of the great Tavern evenings, thanks to Tom Kelly’s success in leading the MeistUrsingers to perform at their best in the theatre, and the rest of the Guests to reach new heights of  vocal mellowness during Dinner. O Holy Night performed by guest Nancy Armstrong left everyone completely in the mood for Christmas.

The BPF welcomes suggestions to fund projects that will preserve our art and archives or maintain our buildings for those and other allowable purposes.  Please talk over your ideas with members of the Art, Archives or House committees, which originate proposals to the BPF.

NB:      Emerson will be closing off the Boylston Street entrance of Boylston Place January 6 thru January 10. Access to the Club from City Place (State Transportation building, or Caver Street (the alley behind the Tavern Club).

Book Club in hibernation, but devotees should be reading Paul Fussell’s The Great War and Modern Memory, called by Joseph Heller “the best book written about World War 1.”

Art Exhibit of work by our own Robert Perkins.

April 26 Special Event and (please note it’s Wednesday), our Dinner Guest will be Andris Nelsons, Music Director of the Boston Symphony Orchestra and Music Director Designate of the (through the BSO’s new affiliation). 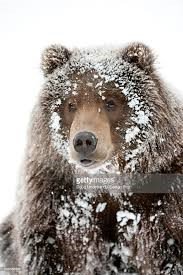 Proposing a Candidate for Membership

Guidelines for how to propose a member are on file on our website or are available from members of the Elections Committee.

As the first step in the election process, well before nominating a new member, we encourage you to review your candidate with the Chair of the Committee on Elections, Sandy Righter (sandyrighter@gmail.com).  The reason for this first step is to make the process as happy and tactful as possible and to avoid offending sponsors and candidates.  A little information early on can make proposing successful candidates a whole lot easier!

The careful and lengthy part of the process falls to the proposer, who must make sure his/her candidate is quite well known and well liked by other Taverners, and seems to enjoy and “get” the Club.  This usually takes both a little time and discretion and means bringing the person around a bit in a friendly, offhand way.

The Committee’s part – carefully reading letters, following up with phone conversations, ultimately meeting the candidate – can then go quite swiftly and, we hope, smoothly.

Thank you for continuing to bring wonderful new members into the Tavern Club.

–The Committee on Elections

For a printable copy of Tavern Club January 2017, click here.