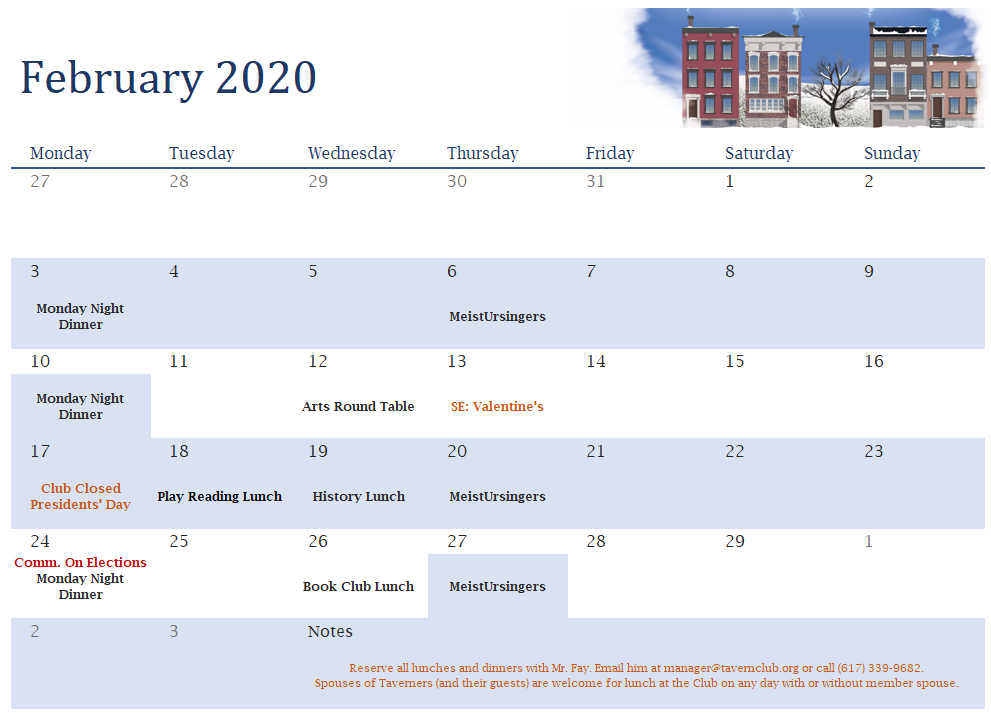 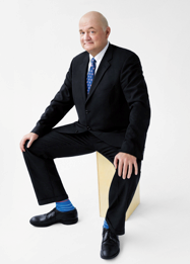 The Arts Round Table will welcome guest speaker Adam Platt, New York Magazine‘s restaurant critic for the past 20 years. In Platt’s new memoir, The Book of Eating: Adventures in Professional Gluttony, he writes of how his culinary tastes were broadened early, as the son of a diplomat living in Taiwan, Hong Kong, and other faraway posts,  and of the many interesting places his professional gluttony has taken him more recently. According to The New York Times, Platt is

“maniacally self-deprecating. He serves good stories because he doesn’t over-batter them.”

Come to our Valentine’s Feast for a special menu of food and wine.

With a salute to Salem and the Tavern team, we shall dine on lobster bisque, beef tenderloin with horseradish sauce, roasted carrots, pearl onions, beets, Brussels sprouts, and scalloped potato with fennel. Then brownies with whipped cream and raspberries.

We continue our Shaw series with “Don Juan in Hell” (aka Act III of “Man and Superman,” but often performed as a separate work).  The text combines perfectly with Mozart’s music from “Don Giovanni,” and — amazingly — anticipates this year’s Narrenabend play, as will be revealed on March 25-26!  Enjoy Shaw the opera-critic as well as his drama at its witty, wordy best.

Digitally challenged and under assault politically, what Jon Larsen calls the Golden Age of Journalism in his recently published memoir  Perfect Assignment is fading fast away. The son of Time Inc’s mastermind Roy Larsen, Jon speaks with first-hand authority. He was Time‘s bureau chief in Saigon and a lead correspondent covering Los Angeles and later edited both the Village Voice and the shorter-lived but fabled New Times. Newsweek veteran and founding dean of the Aga Khan School of Media and Communications in Nairobi, Michael Meyer will engage Jon in a conversation about print journalism (and more) that promises to be substantive, lively, fun and far more timely than nostalgic.

The Tavern Book Club will meet at noon to discuss Mark Twain’s The Adventures of Huckleberry Finn. The discussion, augmented by consideration of The Annotated Huckleberry Finn by Michael Hearne will be led by Ed Tarlov.

Reserve for lunch with Mr. Fay.

Cards, tables, and chairs are available for play Monday – Thursday from 11 a.m.. to 2 p.m. on the third floor. Make up your own foursome. Open play Fridays at 11 a.m.; alert Deb Bornheimer duxdeb@gmail.com by Thursday night if you’re coming.

Reserve with Mr. Fay if you plan to stay for lunch.

“The 5th Annual Tavern Charades evening on January 16 was another inspiring display of Tavern talent at its finest.  Fifty Taverners and guests competed fiercely as six teams: acted, hummed, and molded clues provided by our incomparable clue giving team of Abbie Trafford, Nancy Maull, Jeff Peters, Martha Eddison Sieniewicz, Natalie Williams and Polly Drinkwater.   After battling through four rounds of ten clues each, including such memorable stumpers as Bonfire of the Vanities (acting), What a Wonderful World (humming) and The White House (clay), the Billiard Room Team of Juliette Reid, Rusty Tunnard, Sam Thompson, Dick Scott, Kate Dahmen, Celestine Warren, and Deb Warren emerged victoriously and claimed the crown for 2020.

Many thanks to all the participants, Clue Givers and a special thanks to Tony and his staff for an outstanding evening and a delicious Moroccan buffet dinner prepared by Salem. Gratefully submitted by an admiring MC, James Houghton.”

“Phil wrote the music for six of his own plays from the disturbing and prophetic Heil Herzog in 1936 to the Sherlock Holmesian The Affair of the Red Leech and the Terrible Death of Crosby the Banker in 1949. Randall showered us with his wonderful music in five shows from the year he joined us (Phil’s The Millionaire 1950) to 1979, with the apex of apexes his two songs from Bobbie Wolff’s Fearful Symmetry, 1976.  Frannie Moore did the music for six shows of his own or with collaborators in the SciFi mode, from “Futures and Sutures” in 1968 to  Moonglow in 1990, including Ladies First, or, 2020 Vision, performed seven weeks after Taverners voted to admit women.”

On the last day of January 2020, some twenty Taverners sang, all brilliantly, some with glitter, some with true grit. Jim Terry and Elaine Woo accompanied the singers with aplomb. Anne Carter mastered the program.  Jim invented the Retrospective in 1998 to gather the songs of Tony Hutchins; the celebration has continued since, with only a few gap years.  Composers are honored and the songs are not lost but heard again in the fresh voices of successive generations of Taverners.

It is a grand tradition.

David Foster, Director of the Harvard Forest and on the faculty of the Department of Environmental and Organismic Biology, will talk about forests, climate change, and (if you ask) the wooly adelgid.  Especially if you consumed a popular recent tree-book—e.g. The Overstory, Lab Girl, or the Hidden Life of Trees —you will be hugely further enlightened in the science of forest ecology.  David is the author of books on Thoreau, land use in New England, and most recently, A Meeting of Land and Sea. Nature and the Future of Martha’s Vineyard.

Bring your guests.  Drinks at 6, talk at 6:30, dinner and questions after. 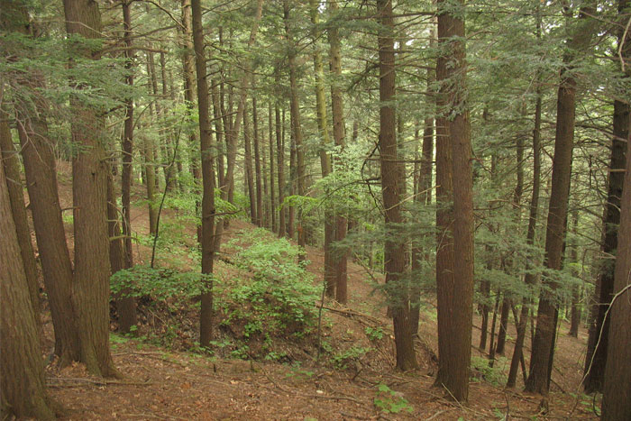 A Blessing for the Tavern Christmas Feast 2019

Blessed Art Thou Lord of Light, Joy, and Wisdom

We move thru a dark and scary world

Daily broadcasting carnage that would give any

Fortinbras pause on the way home

Staves of violence held on high have smashed any stained glass hopes.

And yet the light “still shines in the darkness which  cannot overcome it.”

In fact, we know when light meets darkness, darkness retreats.

Thus we have come here bearing sparks of gratitude

Lord, fix the rays of such gratitude in the “sockets of our souls”

This night and hereafter.

There is a new name in the book in the Library.