Rob Perkins is exhibiting some of his work this month. No official Opening Ceremony, but Monday Night Dinner patrons and their guests visited on January 30, and we expect that those who come to Monday Night Dinners will gather in the Gallery to see Rob’s work on February 6 and thereafter. Rob will speak at dinner on February 6. 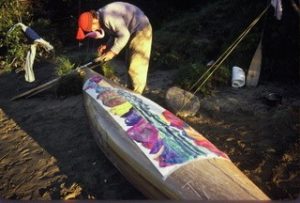 For over 30 years Robert Perkins has journeyed in the Canadian Arctic, often alone, months at a time. A PBS mini-series and two books have detailed aspects of his 18 journeys. On display at the Tavern is the more intimate art of his drawings and prints, either created on the journeys or inspired by them: robertfperkins.com

Art Hodges on the subject of “ Pilgrimage”. Art is undoubtedly the Club’s major serious walker, and this past Fall completed part of the legendary Camino de Santiago.which is perhaps the most famous of Christian pilgrimages, or journeys of the spirit.The pilgrimage which probably attracts the greatest following may be the Haij, the annual journey to Mecca required of all Muslims.
Art will be introduced by David Eckel whose scholarship includes study of this ancient form of worship. Guests welcome. 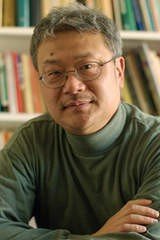 Our speaker is acclaimed writer Ha Jin. Ha Jin’s novel Waiting, based on his years as a teenager in the People’s Revolutionary Army, won him both the National Book Award for Fiction and the PEN/Faulkner Award. He was given the PEN/Faulkner Award again for War Trash, set during the Korean War, putting Ha Jin among only a handful of writers who have won the award twice. Ha Jin grew up in China during the chaos of the early Communist years and Mao’s Great Proletariat Cultural Revolution and came to the United States in 1985, on a student visa, to study American literature at Brandeis. He went on to enroll at the MFA program in fiction at Boston University and then returned to BU as a full professor in 2002. Ha Jin began writing seriously in English only after the Tiananmen Square Massacre in 1989, which he has called ‘the beginning of my life as a writer – the source of all the trouble.’ It is an honor to welcome Ha Jin to the Tavern during the 50th anniversary of China’s Cultural Revolution. Guests welcome.

Eli & The Hot Six will survey the antic, romantic, and impolitic jazz of the1920’s. Their virtuosity, and their Tavern guest performers’ sweet, hot, and ever apposite solo, duo, and trio exertions guarantee an evening of thrills and surprises. Period costume is recommended but not required. Guests most welcome.
Bob

After an early Winter hibernation, Book Club patrons awaken, for on Wednesday, February 22 there will be a discussion of Paul Fussell’s “The Great War and Modern Memory.”

Paul Fussell was a young infantry officer in the Second World War, and this led him, after completing his PhD at Harvard, to write extensively about War and the irony of romantic hope and expectation with bitter reality; this realized in the Great War by some of the most memorable of English writers.

Fussell was a distinguished scholar and teacher of 18th Century English literature, but also wrote much about war with great anger; Ernst von Metzsch and Chris Smallhorn will lead our consideration of this particular work, which won many awards but remains controversial.

Guests are of course welcome. Convene at Noon and we shall try for Lunch at 12.15.

Announcing: the Tavern Limerick Contest! But this is no ordinary limerick-writing contest: here, you must involve your own name in the poem. Or, failing that, a name of another Taverner (past or present.) Please send in your offerings, as and when the spirit moves you, to limericks@tavern.org,  and cc albert@thelafargeagency.com, since that other address is just for pretend.) The marvel of the limerick is it need not be good–only a tad silly. (Not that we discourage their being good.)

You know a limerick when you see one. Now go to it! Lay hold of your egg timer and say, broodingly, “I’ll be darned if I can’t squeeze out a limerick by the time breakfast is boiled!” Or, go to your local tavern, sit down with your iPhone, and … get boiled. Here, in solidarity, is my initial private offering, done even as I virtually sit before you as a member in good standing. (Subject to revision):

There was a young picker named Farge
Who was wont to recline on a barge.
When a rogue wave upended
His barge, he pretended
The sand on his butt was the barge.

See– nothing to it. So have at it!

On Tuesday, February 28, a luncheon-cum-recitation will be held in the Perry Room. It’ll be fun. Promise! Guests welcome

Come and bring your family and friends to the Tavern’s first “Film Night”.  We will see the Academy Awarding-winning documentary Citizenfour, about Edward Snowden, the former N.S.A. contractor who leaked thousands of classified documents that revealed the government’s global surveillance programs.  The film begins at 6pm sharp with drinks and popcorn, followed by an informal buffet dinner and roundtable discussion led by Andy Doherty and Gabrielle Wolohojian.   How should security and transparency be balanced in a democracy? What do we know about what is known about us? Who knows it? These questions are more relevant than ever today, and so is Citizenfour.

On January 12th an enthusiastic gathering of Taverners and guests filled the Dining Room to welcome Matthew Teitelbaum, Director of the Museum of Fine Arts, who came to Boston in 2015 from the Art Gallery of Ontario in Toronto. Introduced by Ernst von Metzsch,  Matthew Teitelbaum gave his views on the place of the MFA in the Boston, and quoted a former head of the British Museum in saying that museums are firstly places for people to gather, and as such crucial to the maintenance of civil society. He also informed us that he had lately met with the also newly arrived Directors of the Harvard Museums and the Gardner, and had discussed collaborative activities, though he allowed that dealing with Harvard was never the easiest task. He observed that combining the possessions of the three galleries would probably create one of the finest Museum collections in the country.

It was an enjoyable and friendly Tavern evening, and everyone agreed that we should be sure to invite our guest again.

A Four/Thirds Retrospective:  2017 being the Tavern’s 133rd year, some 25-30 Taverners will reprise or try to replicate sounds heard here since our founding, with samples from each of our four 1/3-centuries. Written by 18 composers for Tavern musicals beginning Narrenabend, 1892, these songs are a smorgasbord – different flavors at different times, but all of a character and to be performed in a manner quintessentially Tavern.

March Book Club: The Boys in the Boat, with Laurie Coolidge

Rehearsals are under way for the Spring musical “Undone! – or Wife of Job” (Book by Anne Carter, Music Jim Crissman) directed by Andy Calkins – the unhappy fate of the nameless wife of Job in this mighty cosmic tangle… 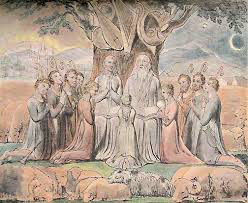 will be Andris Nelsons, Music Director of the Boston Symphony Orchestra

and Music Director Designate of the Leipzig Gewandhaus Orchestra (through the BSO’s new affiliation).

Under the inspired leadership of Sam Dennis, The Library Committee has been cleaning and re-organizing the library. There will be at least one, perhaps two more sessions. Any one wanting to participate please contact co-chairs, Abbie Trafford and Gene Dahmen. Tavern authors, filmmakers, etc. please consider donating copies of your work to the Tavern library. Advice, wisdom, and common sense on libraries, book preservation, and anything else that pertains should be sent to Abbie and Gene!

New Name in the Book:

Please check the Book in the desk drawer in the Library – a new name for membership has been added.

(Memorial Service planned
for 10 am on Saturday,  May 6
at King’s Chapel, Tremont Street, Boston,
and Reception at 12 pm at Cambridge Boat Club)

For a printable copy of the February calendar, click here.