Cocktails at 6 p.m. and Dinner at 7 p.m. It will be followed by Talk and Discussion.

Andris Nelsons is the Latvian born Conductor who joined the BSO as Music Director full time in 2015, and his world wide commitments were already legendary. He regularly conducts the Berliner Philharmoniker, the Wiener Philharmoniker and the Concertgebouw Amsterdam, as well as conducting in the great Opera houses of the world. In 2017-2018 Andris Nelsons also becomes the Kapellmeister of the Gewandhaus-orchester of Leipzig as part of a new, ambitious and pioneering relationship between two of the world’s great orchestras. The Club is honored to have this great Conductor join us for Dinner. It is also worth recalling that Henry Lee Higginson, President of the Tavern  1900-1920, founded the BSO, and was personally responsible for the design and building of Symphony Hall, regarded today as, acoustically, one of the top three halls in the world. It was deliberately copied from the Gewandhaus in Leipzig. Further, many of the early musicians in the BSO and early conductors came to Boston at the invitation of Mr. Higginson, and also became members of the Club.

Guests are very welcome, but please reserve soon if you plan to attend, as many have already signed up.

The 2017 MeistUrsingers Concert will be an Entertaining family/guest night.  First, before dinner, a dedicated group of MeistUrsingers, who have been rehearsing under the baton of Tom Kelly for many months, will perform a glorious repertoire, including Taverner Ronald Perera’s The Star in the Pail, commissioned by the MeistUrsingers in 2005 in honor of Elliot Forbes.  After dinner, Taverner Michael Scott will play Rodgers & Hart music on the piano while Tom Kelly leads us all in a singalong around the table. Friends and family warmly invited to join us for this festive evening.

Reserve with Tony Fay if you can stay for lunch. Last rehearsal before the Concert on April 13!

Joe Barbieri’s Exhibition of his oil paintings opens on April 10.  His subject matter is in the avian world, but not that of Audubon or Roger Tory Peterson. His birds tend to be attired and engaged in human activities, such as falling from the roof of the Castel Sant’Angelo, oddly without the ability of flight.  Other such puzzles are included to amuse and confuse. Guests welcome. 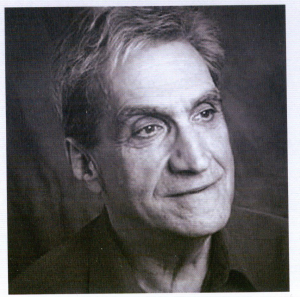 On Wednesday April 12th, a joint Poetry Lunch and Arts Round Table will welcome Robert Pinsky, for an informal discussion of his work with Taverner Mac Dewart. Pinsky was three times US Poet Laureate and is founder of the Favorite Poem Project. He is a William Fairfield  Warren Distinguished Professor at Boston University. Praising him in The Nation for his “scrupulously intelligent body of work”  James Longenbach wrote “Since the death of Robert Lowell, no single figure has dominated American poetry but none have succeeded more completely as poet, critic and translator than Robert Pinsky. ”  Guests welcome.

Megan Marshall will talk about her new biography, Elizabeth Bishop: A Miracle for Breakfast.  Having gained access to new material, Marshall has written a surprisingly intimate biography of a notoriously private poet including an innovative structure that includes memoir sections (Marshall was a student of Bishop). From a Pulitzer Prize–winning author, a brilliantly rendered life of one of our most admired American poets…

The latest in our series of Concert Retrospectives of wonderful Tavern songs compiled and led by Impresario Jim Terry was attended by the usual full house of Members, Spouses, Companions, Life Partners, Friends and Guests, and sung by the usual array of Tavern Talent, solos, duets, trios, quartets, choruses…. to the usual generous and forgiving applause.

At Dinner beforehand President Osteen announced that Harry Lodge had died that day after a short illness. Remembering one who would undoubtedly have performed as he had on so many such sentimental occasions in the past, and many of whose appearances on the Tavern stage are legend, the Evening was dedicated to Harry’s memory. Steve Score also spoke eloquently of our lost friend and leader.

It would be foolish to mention individual performances, which ran the usual gamut, in songs written from 1892 to now, but…. we must note an Operatic Duet by George Chadwick from1892, a legendary song by Frank Hatch, Sr. now part of Boston as well as Tavern lore, American Dream by Tony Hutchins….. we can go on, there are so many lovely songs, and if it is possible Jim Terry may have exceeded all his previous efforts.

Despite the absence of Harry, it was a wonderful evening.

As is traditional and customary, the 2017 Narranabend play Undone! or Wife of Job was a TRIUMPH and the sixth collaboration between Anne Carter who wrote the Book, and Jim Crissman the music; as with the Musical Retrospective, the Evening was dedicated to Harry Lodge, and he was remembered frequently.

“Undone!” is derived from the Book of Job, and the play was directed by Andy Calkins from behind his cello. While the Book of Job was somewhat truncated for the confines of the Tavern stage, it illustrated not only the trials of Job but also those of his wife, who receives little notice and no sympathy in the Book of Job, and was sung by JoAnne Dickinson. Nick Clark was Job and Bill Strong was God, less fearsome than the Testament would have it, and Andy Doherty as Satan was himself less threatening. A camel played by Warren Ross and Steve Score tried to steal the show from the heavies, with some easy success.

Unusual in Tavern scores, an eight part chorus remained on stage for almost the entire play, acting as a melodic Greek Chorus, and directed by the Composer himself: Messrs. Dennis, Ericsson, Osteen, Tunnard and Mesdames Manopoli, Rathbone, Scott and Woo were highly rehearsed and polished, and the three Comforters Jim Terry, Sandy Righter and Peter Randolph were there for Job at his darkest hour.

Mary Rhinelander produced brilliant sets based on the style of William Blake, costumes were conceived and produced by Martha Sieniewicz, choreography owed much to Jane Manopoli, Jane Shaw picked up lost lines which were few, the stage was illuminated by David Lawrence and the Poster was by John Tittmann.

Few missed “Undone!” in the two days of performance, but we can safely say that Harry too would have loved it.

Open Mic. Come and bring your friends and family to the Tavern’s Open Mic Cabaret on Thursday, May 4, starting at 6 pm. Watson Reid and Chris Whitlock will MC the evening’s songs, skits, and dances.  Find your inner rock star—or dramatist or first violinist or comedian—and perform Tavern style. . . or just come and clap and cheer and sing and dance. Informal buffet supper starting at 6:45.

Wednesday, May 17, Noon Tom Kelly will lead our discussion of his superb book First Nights about the opening night performances of Monteverdi’s Orfeo, Handel’s Messiah, Stravinsky’s Rite of Spring, Berlioz’s Symphonie Fantastique and Beethoven’s Ninth Symphony – who was there, what was going on in the world and more – a fantastic historical tour de force! Put this on your calendar, Guests welcome.

Tuesday May 23 at a combined meeting of the Poetry Lunch and the Book Club, BU and Oxford Professor  Christopher Ricks will conduct our discussion of his outstanding oeuvre Dylan’s Visions of Sin, a close reading and explication of the lyrics of Nobel laureate Bob Dylan’s songs and their relationship to the Seven Deadly Sins, the Three Graces and the heavenly virtues – an occasion not to be missed, the Tavern’s honoring of one of this year’s Nobel laureates.

Billiards Night.  The Tavern faces St Botolph’s on Thursday June 1. Start practicing to uphold the Tavern’s dominance in our club athletic series. The Club’s annual competition and dinner with the St. Botolph’s Club will move from the softball fields to the Tavern’s billiards tables.  Drinks at 6:00.  The Match will be played before a victory dinner at 7:30. If you are interested in playing, please email Jeff Peters at gmacpeters@gmail.com.  Members and spouses are eligible.  Don’t be shy.  Expertise is not required.

Book Club book for June will be Siddartha Mukerjee’s The Gene, discussed with Tavern doctors Bob Osteen and Ed Tarlov.

NOTES FROM THE SECRETARY

The many Taverners who happen to incur out-of-pocket costs in performance of the numerous useful activities so important to the life of the Club, should know that Management stipulates that submission of those costs for payment by the Club will be more sympathetically received if there was prior approval of the expense.

Monday night Dinner reservations should be made with Mr. Fay before 10.00 am of the Monday when a Member plans to attend; telephone or email reservations are both acceptable, or sign up on the notice board. Guests are always welcome, but in the cause of amity kindly call ahead to inform the Secretary.

Most Taverners are aware that the Tavern Club and the Boylston Place Foundation encourage visitors to come to 4 Boylston Place, to see the building and our artwork and sometimes the archives. The Art Committee is in late stages of preparing a catalogue of Tavern art, which will be available for use within the Club by Members and visitors. It would also be useful to the Club if there were Members willing to guide a visitor, and more especially a group of guests. Kindly inform Stephen Clark if you would be interested in such an activity.