SPECIAL EVENT
Blues Night at the Tavern
Thursday, May 1

By popular demand, Chris Whitlock will bring back the all-star musicians that wailed away on the Tavern Stage last year. This year they have worked up a musical program they have called Blues and Beyond. In addition to some great traditional blues, they will explore the influence and crossover into the Motown Sound and Early Funk. Get to know your “Slow Hand” from “Chicken Pickin’.” 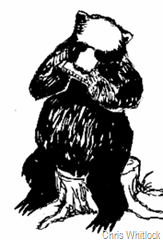 Brisket and beer to compliment the musical setting.

The band will play from 6:30 to 7:30, dinner and lively discussion to follow. Call Tony Fay to make your reservations today. Open to members and their guests.

Tavern Treasures, being a compendium of less visible paintings, sculptures, posters, photographs and odd geegaws. Included will be the new portrait of Henry Lee Higginson, given to the Tavern recently by JoAnne Dickinson, and the freshly cleaned Maxfield Parrish calligraphic painting.

SPECIAL EVENT
The Importance of Being Wagner
Thursday, May 8

Taverner and noted composer Tony Schemmer will share his insights into Wagner’s legacy, focusing on innovations and technical advances that are alive and kicking today. Beyond Wagner’s pervasive influence on every type of classical music, Tony will demonstrate how genres of modern entertainment – from rock shows through musical theater to modern Hollywood – remain Wagner’s direct heirs.  His “through-composed” symphonic techniques, leitmotifs, transitional interludes, and concept of "fusion of the arts,” are all fundamental to contemporary film and stage practices. Tony’s illustrated presentation will conclude with a recording showing Wagner at his taut, concise and riveting best. (Yes, Wagner!).  Cocktails at 5:30; presentation in the theater 6:15; dinner with Q&A 7:30.

On Wednesday, May 14: a joint Arts Round Table and Poetry luncheon to present and read poems of Catullus translated into English by the late Taverner Rodney Dennis. Members of the Club of Odd Volumes have published a handsome limited edition of the poems with the English and Latin on facing pages. We will be joined at the luncheon by the four members of the COV, who have been instrumental in publishing this volume.

The Elections Committee will hold its May meeting on Monday, May 19 at 5:30 in the Library. If members have candidates already in the process and whom they would like to bring to dinner that night, please contact Sandy Righter, Elections Chair, and clear with David Amory, Secretary. 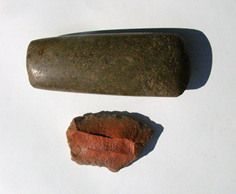 Taverners Peter de Camp Haines and Stephen H. Clark will lead a discussion on “history from objects.” The objects are from Peter’s astonishing collection of beautiful Paleolithic and Neolithic hand axes and other objects, which we will be able to handle and inspect. To what extent may these objects be “read”? What messages are sent from the deep past from the heft of an axe? Why do axes many thousands of years old have such aesthetic merit?

Boylston Place Foundation reports no new donations to the Fund, but can attest to significant progress in database sophistication, thanks to Jim Terry’s diligence and sheer persistence, and the consultative assistance of an expert, which will be worth the cost. We have also made some progress in the reproduction and eventual promised filing of Tavern posters, thanks to the work of Stephen Clark. However, we STILL NEED MORE VOLUNTEERS for the continuing need to sort and file archives manually, prior to putting more of these on line.

The Tavern Book Club will meet on Wednesday, May 28 at noon. Taverner Chris Smallhorn will lead a discussion of LETTERS. He proposes that everyone bring to the Lunch few favorite letters, and be prepared to read and discuss them. While Chris will briefly talk about Letters in History and so on, the intent here is not to bemoan the state of letter writing, assess the deleterious effect of the internet on letter writing, deplore the future of humanity et al, rather to share some letters that you have enjoyed reading, receiving, writing, or simply letters that interest you. As an example, Cicero wrote a letter to his friend and frequent correspondent Atticus, describing the weekend visit of Julius Caesar and his entourage to Cicero’s villa; it could have been written by anyone who has been obliged to entertain a not quite welcome guest.

The Tavern Club will celebrate Boston’s own Edgar Allen Poe on Thursday, May 29, over cocktails and dinner, with a variety show that highlights Taverners who will read from the works of one of America’s great literary figures. You won’t want to miss this one. It promises to be one exuberant evening. "Only this and nothing more."

On April 17 the MeistUrsingers presented an unforgettable concert, under the magical baton of Maestro Tom Kelly, featuring music from the middle ages to barbershop, with delightful intermediate stops: notably, a chant (11th Century Manuscript from Benevento), Sweet and Low, Mille Regretz, and In the Good Old Summertime.  At dinner, guests were included in a sing-along of favorite tunes, led by Tom and accompanied by the Tavern’s terrific tunesmith and tickler (of the ivories) Jim Terry.

Verdi, Wagner,…and Will! – this year’s Narrenabend – was a triumph for the duo of David Scudder and David Chanler. Brilliantly co-directed by Carol Monica and John Finley IV.

New-comer, Peter Erichsen as Wagner was joined by Albert LaFarge as Verdi, and Miguel de Bragança as Shakespeare. Bob Osteen was diabolical as Iago, and only slightly more evil was John Paul Britton as Richard the Third. Carole Charnow, Ben Cox, JoAnne Dickinson, James Houghton, Jane Manopoli, Frank McGuire, George Meszoly, and Joan Yogg were the misguided lovers, and Bill Truslow the “Highest Judge”; Bill Shumate as the glue holding the show together as prompter. The stunning sets were a collaborative effort by Katharine Boden and Carol Monica, with help from Tom Kelly, and Joe Wheelwright. Sam Dennis lit this extravaganza. In the orchestra were David Chanler, Hal Churchill and Jeff Peters.

Deb Bornheimer had her hands full providing a beautiful array of period costumes, and to top it off – a stunning silk-screened poster by Brigid Williams.

Undeterred by their crushing defeat last June at the bats of the Tavern Bears, our friends at the St. Botolph have thrown down their gloves and challenged us to a rematch. The game will be played on the fields of the Park School at 3:00 on Tuesday, June 3. A practice for the event will be held at the public softball fields in Nahant, followed by refreshments, lineaments and bandages at the home of Ed and Suzanne Tarlov. We will repay the generous hospitality we received last year at the St. Botolph Club with an informal dinner and drinks at the Tavern starting at 6:00.  All Taverners and their spouses are welcome to play, and to attend the dinner even if they do not show up on the field of honor. Ed Tarlov and Watson Reid are organizing this year’s event – please email them if you and/or your spouse would like to play.

Eleanor Tittmann Andrews
CPA with adventurous attitude
Reader of Sanskrit and Science Fiction
Sometime playwright (a Tittmann, after all!)

For a complete downloadable copy of the calendar click here.