The supremacy of the Tavern Terrors -Tavern vs. St. Botolph. Undeterred by their crushing defeat last June at the bats of the Tavern Bears, our friends at the St. Botolph have thrown down their gloves and challenged us to a rematch. The game will be played on the fields of the Park School at 3:00.  We will repay the generous hospitality we received last year at the St. Botolph Club with an informal dinner and drinks at the Tavern starting at 6:00pm. All Taverners and their spouses are welcome to play ball, and to attend the dinner even if they do not show up on the field of honor. Ed Tarlov and Watson Reid are organizing this year’s event – please email them if you and/or your spouse would like to join our team A practice for the softball game will be held on Sunday, June 1 at 3:00 pm on the public softball fields in Nahant, followed by refreshments, lineaments and bandages at the home of Ed and Suzanne Tarlov. 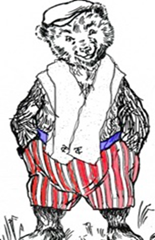 The Committee on Elections will have its final meeting of the Spring in the Library.  Taverners may continue to be in touch with Sandy Righter, Chair, about candidates over the summer months. 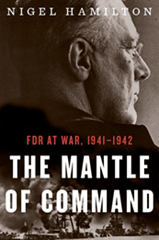 Nigel Hamilton, the author of the newly published “The Mantle of Command: FDR at War, 1941-1942,” will speak to Roosevelt’s masterful—and unappreciated—command of strategy, psychology and military affairs during World War II. He will take us inside the White House where he battled Churchill and overrode his own generals and Secretary of War. Since Churchill’s post-war writings so consciously shaped our views of grand strategy, Nigel’s fresh look changes the conventional wisdom and offers both insight and surprise.

The Tavern Book Club Without Borders will have a special treat discussing Professor Stephen Greenblatt’s WILL IN THE WORLD, winner of this year’s Boston Public Library’s Literary Lights Award. The book deals with the authorship of Shakespeare’s plays and settles this issue once and for all – it was Shakespeare – and Professor Greeenblatt tells us why in this fascinating carefully documented visit to Shakespeare’s times and fellow actors and poets. Shakespeare aficionado Abby Hansen will lead the discussion, which will prove a not-to-be-missed occasion. Guests welcome.

The Tavern kicked off the month of May with “Blues Night”. Watson Reid and JoAnne Dickinson joined Chris Whitlock¹s ensemble and provided an evening of Blues, Soul and a healthy dose of Funk. Salem added his talents to the evening and cooked up a delicious southern style brisket. Special guest performers included Gordon Beadle, John Morriconi and Brian Patton.

On Thursday, May 29th, the crew that gave us Joyce, Melville, Homer and Thurber did it again. This time, Taverners were spellbound by readings from Boston’s own Edgar Allen Poe, in an evening that began with a terrifying scream and proceeded upstairs where a cast including Eleanor Andrews, Joe Barbieri, Deb Bornheimer, Jack Cobb, John Finley, Frinde Maher , Peter Rand, Belinda Rathbone, Stephen Score, Jim Storey and Barclay Tittmann recited or read works over dinner that included some of this great American author’s best tales and poems. Intermittently, Peter Rand provided an account of Poe’s life that was not terribly long-winded, the life having been rather brief. The directors: Jack Cobb, Peter Rand, Peter Randolph, Belinda Rathbone, Jim Storey, Barclay Tittmann. As tradition seems to have it, Jack Cobb, Frinde Maher and Peter Rand produced the extravaganza.

"The Importance of Being Wagner" on May 8. Taverner and noted composer Tony Schemmer shared his (sometimes hilarious) insights into Wagner’s legacy, focusing on innovations and technical advances that are alive and kicking today. music of Broadway plays, Hollywood film

Beyond Wagner’s pervasive influence on every type of classical music, Tony demonstrated how Wagner’s "through-composed" symphonic techniques, leitmotifs, transitional interludes, and concept of "fusion of the arts," continue to influence the contemporary scores and even rock concerts. Tony’s illustrated presentation concluded with an audio recording revealing Wagner at his taut, concise and riveting best.

Why, here it is June! The long hot days of summer will soon be upon us and it is time for me to encourage the Tavern members to fill their idle time by writing a one act play. I am very confident that all of you have a story or two to tell. And what better way to tell it than on the stage?

For those of you who are so inclined, here are the simple guidelines:

The 2014 Annual Meeting of the Tavern Club was held in two parts on Monday, May 12. Before dinner officers presented their reports: Keeper of the Rolls Jim Terry, Secretary David Amory (including Vice-President and Chair, Committee on Elections Sandy Righter’s report) and Treasurer David Scudder. David Lawrence read his report on the status of the Emerson project and Chris Smallhorn reported on the Boylston Place Foundation.

After dinner Taverners reconvened in the theater for part two of the meeting. Charlie Gardiner, a Taverner since 1964, received his 50-year Gold Medal. On the 25th anniversary of their memberships, Silver Medals were awarded to Taverners Dimitri Gerakaris, Art Hodges, Jim Hughes, John Karol, Bob Osteen, Peter Randolph and Elizabeth Schmid. William Murphy and Lee Campbell, not able to attend.

The Meeting concluded after the President’s Report. 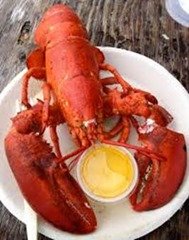 Please note in your plans for July the annual Fête Champêtre; this year at the home of Dick and Millie Perkins in Topsfield. While Topsfield is a good deal nearer (for some) than the Summer residence of the Randolphs who entertained us grandly last year, finding Dick and Millie’s house takes some effort, and we shall send out precise directions well in advance so that all who attend get there in time for the Lobster.The day of the Fete is Thursday July 17th,and the Club will close for the Summer recess the following day.