Taverners: Welcome back to the Club, and a very Happy New Year to all!

We shall discuss WINE, as well as drink some. Our guest will be David Raines, of Vineyard Research, Post Industrial Wines, who provides some of the wines we imbibe regularly. David travels continuously in pursuit of wines, and has a perspective on wine not generally available to the amateur oenophile. Members planning to attend are encouraged to bring a bottle of something they like, preferably red, and we can try each other’s offering. Please let the Secretary know if you wish to bring a guest and what bottle you may bring (please note, to bring a bottle is not a requirement!). Sign up now with Tony Fay.

The MeistUrsingers gladly welcome newcomers who like to sing and do not mind our rigorous rehearsals (!), and newcomers means all and sundry Taverners, including those who have lately joined the Club. Call up, sign up, just come! Only one rehearsal for January, then Feb. 8 and 26,  Mar. 12 and 26, Apr. 9.  Concert April 16.

This year the Club will remember the life of Henry Lee Higginson, for twenty years President of the Tavern Club in the early years of the twentieth century, and also founder of the Boston Symphony Orchestra, builder of Symphony Hall, as well as donor of Soldiers’ Field at Harvard.

Carol Bundy, Steve Clark, Peter Rand and the late Bill Shumate have labored mightily to create an evening recalling Henry Lee Higginson, known to his contemporaries as the First Citizen of Boston."

Due to Climate Change the Bear’s usual hibernation will be postponed, and the Ursine Book Club will plan to meet on Tuesday January 20 at noon. The book Do No Harm: Stories of Life, Death and Brain Surgery, by Henry Marsh, will be our focus, and discussion will be led by as many as FIVE  of the Tavern Club’s Neurosurgeons – Rees Cosgrove, Garry Fischer, Mike Scott, Ed Tarlov and Nick Zervas. The book, well worthy of discussion, is written from the viewpoint of a British neurosurgeon. There are some differences from American practices but the big issues listed in the subtitle are universal, not only in neurosurgery but in surgery generally. This promises to be a lively session, not to be missed.

Book Club will take a travel break in February and March and resume in April.

Taverners relishing a healthy mix of doubt and inspired invention are invited to join the Poetry lunch on January 26, devoted to Gerard Manley Hopkins. Albert LaFarge will furnish a few poems to read and converse on. Bring a favorite (poem and/or friend).

A Cast of Thousands under the usual direction and support of Jim Terry will present an evening of Songs by the legendary Taverner Sherwood “Pete” Rollins, Jr., member 1946-1963. Guests welcome, Cocktails 6:15, Dinner 7:00 followed by performance.

written by Leslie Dunton-Downer with music by Jim Crissman, and directed by Chris Whitlock. Widely hailed as the finest Tavern production in memory. Faced with falling attendance and a financial disaster, the Directors of the Boston Arts Foundation (Polly Drinkwater, Bobo Devens, Tweed Roosevelt and Peter Randolph) followed the lead of their Chair, Glorious Gloria Wigglesworth (Peter Aitken) and decide to dip into unrestricted funds and hire the world famous head hunter, Marvelous Marvin Vendernoggin (Andy Calkins). Marvin and Gloria embark on a worldwide search which takes them to the New York dance studio of Ana Santana

(Mary Scott) who has her student Barnaby Bearman (John Finley IV) demonstrate her choreographic skill; to the ashram of the Zen Master Fujiku (Jim Terry, ably assisted by the avuncular Chairokuma (Tweed Roosevelt); and to the Berlin avant-garde art gallery of Kaspar Kuntshebber (Peter Randolph) where a revolutionary sculpture is being created by Ulriche Braunbär (Mary Scott, filling in for flu-stricken Joanne Dickinson). During their long journeys through the skies, Gloria and Marvin are waited upon by New York, Japanese and German stewardesses (all colorfully portrayed by show-stopping Nick Clark). Not surprisingly, Gloria and Marvin fall in

love and returned to announce that they were married on the airplane. Three stowaway bears discovered by a kind hearted Boston stewardess (Nick Clark again) also appear and are welcomed into the Tavern Club. The Directors announce that they have in the meantime found the perfect Curator Extraordinaire, St. Nicholas (Elizabeth Hunnewell), and all is right with the world. The totally amazing set (a complete airplane interior, a pair of legs frozen in the Yoga position, and a disturbing, all seeing pyramidal sculpture) was created by Peter

Haines and Bill Truslow, and lit with theatrical precision and flare by David Lawrence. Magnificent costumes were provided by Deb Bornheimer and Anne Carter, and a perfect poster created by Mary Rhinelander. Thanks to David Chanler, there may even be a video … 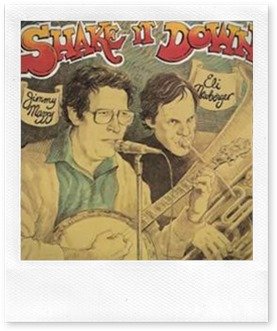 History Lunch – Art Hodges on his Novel Will’s New World. The year is 1636.  England is racked by civil and religious strife. A young man named William Hodges is forced to sail for America, only to find a different form of tyranny in Salem.  He moves to Taunton, a tiny wilderness settlement promising land, opportunity, and even romance.  But always lurking are the specters of hunger, disease and danger.

Join Art as he tells us about the book, about the process of writing and publishing it, and about the pleasures and dangers of a 17th century ancestor’s life.

We shall continue to seek the support of

Taverners as well as friends of the Tavern to fund costs of improving the Club archives and preserving Club treasures; the next project is the restoration of a large bust of Henry Lee Higginson by Bela Lyon Pratt. Many thanks to all of you who have given so generously.