The Tavern welcomes back Leo Damrosch, Professor of Literature at Harvard. He has written wonderful biographies of Tocqueville, Rousseau, Swift (a Pulitzer Prize finalist choice), and Blake. We look forward to hearing about his latest, The Club, Johnson, Boswell ,and the Friends Who Shaped an Age. Joseph Epstein in a recent Wall Street Journal review wrote, “Impeccable scholarship at the service of absolute lucidity, resulting in a work that can be enjoyed by thoughtful readers both inside and outside the academy–learned, penetrating, a pleasure to read….” Then there are the illustrations: 31 elegant color plates and numerous black and white drawings of the book’s dramatis personae are scattered through this splendid book. Guests are welcome. 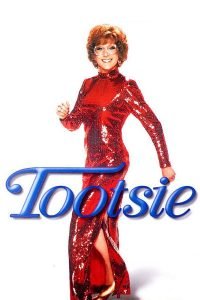 Come and bring your family and friends to talk about the brilliant and intelligent comedy, Tootsie, directed by Sydney Pollack and starring Dustin Hoffman with a supporting cast of Jessica Lang, Bill Murray, Geena Davis, and Teri Garr. Mixing absurdity with gravity and social comment with farce, Tootsie tells the story of a talented but volatile male actor who decides to adopt a new identity as a woman in order to land a job. It’s jaunty and witty and, amidst all the laughs, a surprisingly tender love story.

Snag a drink at 5:45 p.m., film and popcorn begin at 6 p.m. sharp with light supper and lively discussion to follow around 8 p.m.

P.K. Simonds will lead the conversation. The Film Night staff encourages wearing tasteful Tootsie-red. Have a look at the Dustin Hoffman interview.

The Annual Meeting of the Tavern Club will be on the evening of May 13. Come at 5:30 for drinks and the meeting, 7 for dinner and the be-medalling of new members. At 8 the meeting will continue in the theater (Memorial Papers). Medals, vests, black tie, full regalia. Reserve with Mr. Fay. 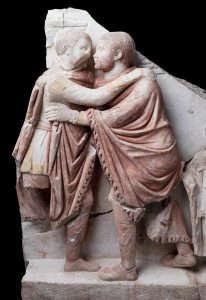 Currently a Radcliffe Institute fellow, Tuna Sare Ağtürk is renowned for her discovery of a group of imperial marble reliefs Nicomedia – obscure to us now, but for almost fifty years capital of the Roman empire. The reliefs preserve extensive traces of paint. They were colorful, lifelike representations that support our emerging realization that ancient relief and statues were not meant be seen as gleaming white marble. Dr. Ağtürk will guide us through the implications, which represent a two-thousand year error of taste. Ancient statues will never look the same again.

A professor at Canakkale University, Tuna has lectured at Oxford and Cambridge, Paris, Rome, Berkeley, Columbia, and Harvard. 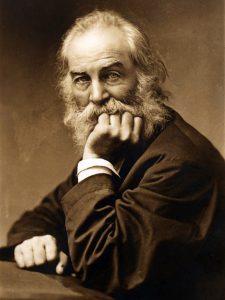 Poetry Lunch celebrates the centennial of the birth of Walt Whitman with a tuneful performance by songwriting duo Gary Avram Glickman and Stephan David Hewitt, aka The Dream Brothers, who have transformed Whitman’s song- poems into a suite of poem-songs, sung and declaimed. Rob Perkins will introduce a short set before lunch and then we’ll all chat over lunch and learn about the Brothers’ collaborative work in poetry, song, and personal healing. (The Dream Brothers will do a longer set at the Athenaeum later in the week. 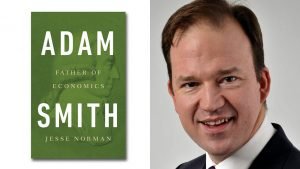 “Adam Smith  is someone who most people know little about, except that he had something to do with the idea of laissez-faire economics, without bothering to define the term. Even well- known economists blithely refer to Smith as solely the author of a free market theory, quoting his term “the invisible hand,” as either to castigate him (progressive economists) or praise him (conservatives). The truth is that Smith’s views are vastly more complex, resist simple explanation, and are founded on a strict sense of moral order. Norman’s book offers a refreshing and informative view of Smith’s life and , more important, his thought…. Norman places Smith as one of the most important and original thinkers of his time, when the industrial age was just starting. In Norman’s view, Smith’s thought has plenty of relevance to our economic and moral dilemmas of today.”

Classical Saxophone at the Tavern! 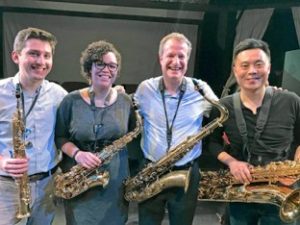 Come out Thursday, May 23rd, to hear a concert/discussion of the art and history of classical saxophone, presented by the Area 9 Quartet, co- founded by Taverner John Rabinowitz. Playlist will feature Bach, Grieg, Glazunov and more!

MeistUrsingers concert April 25. Tom Kelly buoyantly led the team to as fine a performance as might ever be achieved by MeistUrsingers. The program began with a rousing and bowdlerized Mozart round and ended with a choral treatise from our local Mozart-contemporary composer, William Billings. After the audience clapped for the singers and their leader, dinner was served and Mike Scott played us through the vigorous singing of age-appropriate show songs.

“God made the world round so we would never be able to see too far down the road.” Isak Dinesen

Summer Shorts, our annual production of short plays, will present three, each of which treats what we could not have seen coming: first, infidelity with a god (Triangle by Jane Martin); second, a relentless assault on personal identity (Erosion by Gregory Hischak) ; and third, the stunning evolution of this man’s (?) army (I Don’t Know by James McLindon). Come for drinks at 6, a performance at 7, and dinner/discussion around 7:30. Guests are very welcome. Reserve with Mr. Fay.

On Wednesday, June 12, the Arts Round Table will go on a field trip to the Busch Reisinger Museum for a special tour of “The Bauhaus and Harvard,” with the curator of the exhibition, Laura Muir. Space is very limited. Please sign up now with Mr. Fay.

Taverners: lurking inside each one of us is a playwright. Take up the challenge and write your script this summer, submit it to the Halloween Plays Competition by Labor Day.

There are only three rules for the Tavern play competition: