Elections Committee
The Elections Committee will hold its February meeting on Monday, March 3 at 5:30 in the Library; the March meeting will be Monday, March 24, same time and place. If members have candidates already in the process and whom they would like to bring to dinner that night, please contact Sandy Righter, Elections Chair, and clear with David Amory, Secretary. 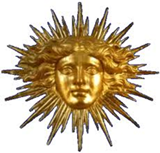 “The Lute in the Court of the Sun King” Miguel Yisrael, Paris-based lutenist on tour in the US, will be our special guest. He will discuss lute music in the court of the pleasure-loving Louis XIV, an avid lutenist himself. Miguel, a world-class musician who has been described as “the new prince of the lute”, will demonstrate this enchanting repertoire on his Baroque instrument. Guests welcome.

Jim Terry, Linc Boyden, and Jim Crissman will present a Musical Retrospective of favorite songs from Tavern plays. This will be one of the musical highlights of the season. Cocktails at 6:00, dinner at 6:45 followed by performances in the theater. Guests welcome. 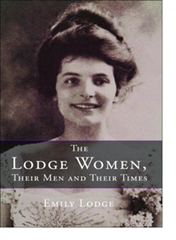 History Lunch,  Wednesday, March 19 at 12:15.
A relative of many Taverners, Emily Lodge will speak on her latest book, The Lodge Women, Their Men and Their Times.  Her uncle Harry Lodge will introduce.  Covering a period from the earliest days of the American colonies, through the Gilded Age, to the late 20th century, the Lodge women’s wide-ranging story is both political and intensely personal. Guests welcome!

Two crack teams have been assembled:

Their opponents will be Gene Dahmen, Peter Rand, Mary Scott, and Hiller Zobel. 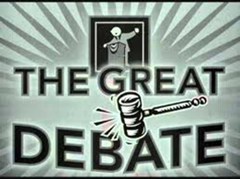 The format will be along the lines of the Oxford Union Debates, with each team presenting its arguments alternately, followed by a rebuttal. On the evening of the debate each team will be assigned by lot to its side of the subject, with the audience invited to ask questions and vote at the end, as in the Halloween Plays. Competition raises the level of our performances, and this event will be audience – interactive as well!

So mark your Calendars and call Tony Fay to reserve your place for this Novel-to-the-Tavern entertaining occasion. 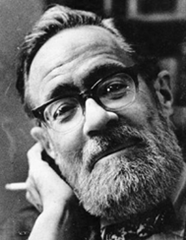 Poetry Lunch
On Monday, March 24, we will explore poems by John Berryman (1914-1972), an American poet whose Dream Songs and Homage to Mistress Bradstreet were mid-century literary landmarks. We’ll start with lighter fare, move to the elegiac (his friend Robert Lowell survived to elegize him: "I used to want to live / to avoid your elegy"), and end up at Boston Common (1942). Promise of lively chat and a raised spirit or two. With moderator Albert LaFarge.

Joy Halsted, wife of Taverner Tom Halsted, is a multi-faceted narrative artist who has spent her entire life making art, in as many possible and improbable ways as she can.

Book Club
Awakening from its Ursine restorative hibernation the Tavern Book Club will convene at noon on Wednesday, March 26. Freshly back from a transcontinental driving cruise from Coast to Coast, Suzanne and Ed Tarlov will lead our discussion of two books, related and yet interestingly different: Jack Kerouac’s On the Road and John Steinbeck’s Travels With Charley: In Search of America.

Book and lyrics by David Scudder. Score by David Chanler, and direction from Carol Monica & John Finley IV. Peter Erichsen as Wagner, Albert LaFarge as Verdi, and Miguel de Bragança as Shakespeare star in this topsy-turvy world where characters from beloved operas flee their intendeds, and Bob Osteen adds to his portfolio of villainy as an out-of-control Iago.  John Paul Britton, Carole Charnow, Ben Cox, JoAnne Dickinson, James Houghton, Jane Manopoli, Frank McGuire, George Mezoly, Bill Truslow, and Joan Yogg are all lending their talents to this great production, with Bill Shumate as the glue that holding the show together as prompter.

Joan Connelly, Professor of Art History and Archeology at NYU and a MacArthur fellowship winner, gave a fascinating lecture on her new book, The Parthenon Enigma on February 6. Focusing on the Parthenon’s legendary frieze, the 525-foot-long relief sculpture that originally encircled the upper reaches, Connelly described its long-buried meaning, a story of human sacrifice set during the city’s mythic founding.

There were NO contributions to our Fund this past month, and a few small outlays in the cause of TAVERN CLUB ARCHIVES, improvement thereof. We shall shortly have a formal relationship with the Massachusetts Historical Society, repository of older Club Records, and we are beginning improving some of the files remaining here at 4 Boylston. Volunteers to help in these efforts are needed and will be most welcome.

For a complete downloadable copy of the March 2014 newsletter, click here.