Arts Roundtable On Wednesday, June 12 at 12:15 two special guests will be joining us to talk informally about issues facing today’s art museums – Ashton Hawkins, formerly Secretary and legal council to the Metropolitan Museum, and Ted Stebbins, formerly curator of American Art at the Boston MFA and presently at the Harvard Art Museums. Bring your thoughts and questions to these two veterans of the field.
Guests welcome.

SPECIAL EVENT | SUMMER SHORTS
Thursday, June 13
This year’s three short plays illustrate a Taverner’s (almost) duty to say things we half believe to people who half understand. Each play, in completely different ways, presents opinions with which we might not agree, prejudices we might not share, conversations we cannot understand. In best Tavern
tradition as expressed in the President’s Address, we can fairly promise you this: you will be surprised, amazed, bewildered, distressed, delighted, often incredulous, but never bored!
The Players: Nancy Maull, Bob Osteen, Anne Carter, Peter Randolph, Peter Aitken, and Brigid Williams, with Jeff Peters on piano.
Cocktails 6:00, Performance 6:30, followed by dinner and discussion. Guests welcome.

The Elections Committee will be meeting on Monday, June 17 at 5:30 in the Library. Thinking about proposing a new member? Committee Chair Sandy Righter has prepared a one-page summary -Tavern Club Five-Step Elections Process – printed at the end of this Notice.

Monday Night Dinner June 17
Chris Smallhorn and Joe Barbieri shall deliver an evening of considerable pleasure: a discussion of the ever-changing state and condition of the Boylston Place Foundation, plus a guided “Tour of Treasures of the Club.” We’ll begin the tour at 6:30, and continue with discussion of the BPF and the collection after dinner.
Cocktails 6:15, Tour 6:30, Dinner 7:00 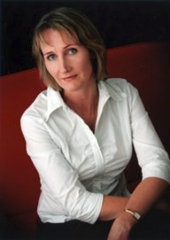 Book Club Without Borders
The Tavern Book Club will meet at noon on Wednesday, June 26 to discuss Hanoi Adieu: A Bittersweet Memoir of a Frenchman in Indochina by Mandaley Perkins. This is an evocative and moving account of life in Viet Nam, between the late 1930s and 1975 – through the Japanese war, the first French war, the second French war, and the American war. Our moderator will be Suzanne Tarlov, and the participants will include several who have visited or fought in this area through much of the time frame of this book.

One hundred years ago there was a baseball game between the St. Botolph and Tavern  Clubs, and in commemoration of this historic sporting event, the St. Botolph Club has challenged us to a game of softball on Ebersol Field #2 behind the Hatch Shell. After the game, Taverners and guests are invited to the St. Botolph Club at 199 Commonwealth Avenue for a Celebratory Festive Fourth of July All American Baseball Buffet. (Reserve with Tony Fay). Dress will be casual baseball summer wear. Appetizers: shell peanuts, pretzels and mustard. Dinner Buffet: "summer baseball fare" with clam chowder, franks, sausages, french fries, corn on the cob, salads, and possibly steamers. So, Bears, keep your eye on the ball for details, and sign-up now to Play Ball and celebrate the Centennial with the Beauts. MC:  atson.reid@verizon.net 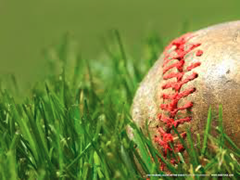 Dress for the Game! You will all most certainly want these two commemorative collector’s items: custom-designed Tavern Club baseball shirts and caps, designed by Brigid Williams, in four sizes (small, medium, large, and extra-large) Orders must be placed with Brigid by June 2 at High Noon: bwilliams@hickoxwilliams.com.

Poetry Lunch
On Tuesday, June 25 the topic will be the poetry of things, with poems of William Carlos Williams and Elizabeth Bishop. Halloween Plays Competition – A Reminder! The summer is almost here, and once again it’s time to encourage Tavern members to fill their idle time by writing a one-act play. All of you have a story or two to tell…and what better way to tell it than on the stage. Here are the simple guidelines:

1) Runtime: Submissions should be about 10 minutes. A good rule-of-thumb: a page of typed of dialogue equals about a minute – if your submission is 3 pages or 30, it won’t qualify.

2) Number of Actors: No more than five and no fewer than two. Ideally four. It helps to have lines distributed among them. The greater the burden of memorization you put on an individual, the less likely he or she is to remember all the lines!

3) Production requirements: Please, no volcanoes. Excessive special effects require time and stage changes that are prohibitive due to the short production schedule.

4) Submit your entry under an assumed name.

Mail submissions to halloweenplays@gmail.com. To maintain anonymity the sender’s email address is stripped from the file and submission. In an envelope via US mail, send a letter with the name of the play and the author’s real name to the Tavern Club, attention Plays Committee. Thank you for your participation in this Tavern tradition.

MeistUrsingers
Upon Maestro Tom Kelly’s return, the MeistUrsingers will start up again in September. Open to all Taverners who like to sing choral music.

On June 28 at 11:00 – before Friday Lunch – join members of the Emerson Working Committee for a progress report on the Emerson Project. The May 31, 2013 Progress Report to Members is printed on page 4 of the attached. 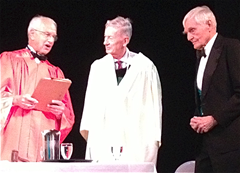 The first Blues Night at the Tavern, with an all-star band of professional blues musicians led by Chris Whitlock on electric guitar and accompanied by Eli Newberger on piano, with a cameo vocal  by Watson Reid, was a roaring success. The concert was followed by a soul food dinner of pulled pork and black-eyed peas, and a discussion with the musicians. We hope Chris will make this an annual event.

FÊTE CHAMPÊTRE Thursday, July 11.
This year our Fête Champêtre will be held on July 11 at the home of Peter and Helen Randolph in Wareham, 1 hour and 10 minutes south of downtown Boston by car. Their 1884 large, summer “Cape cottage” sits on a bluff looking down Buzzards Bay to Naushon. If the weather is kind, there will be walking, beaching, swimming, kayaking, Sunfish sailing, water skiing, tennis or simply basking on the lawn reading a good book for those who choose to come early. As an added treat, Eli Newburger and his band have been engaged to provide us with some of their joyous jazz, Dixieland and old show tunes music. An event not to be missed. Sign up early.

For a complete downloadable copy of the June, 2013 calendar including the May Progress Report to Members and the Five-Step Elections Process click here.