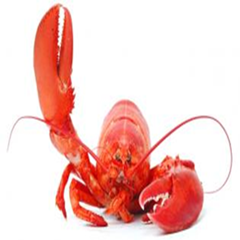 The annual Fête Champêtre will be held on Thursday July 17 at Millie and Dick Perkins’s place in Topsfield, MA. This is not hard to find if you follow the directions given and keep Dick’s cell number handy. We shall send out search parties for anyone missing at 7:00 p.m., and hope that most will make it soon after 6:00 p.m. Anyone finding him or herself in Byfield is on the wrong side of I-95.

Cocktails 6.00 and the traditional Lobster Buffet at 7:00, along with usual Tavern conversation, as well as a few songs abetted by Watson Reid and some friends, especially for La Marseillaise.

FROM BOSTON/CAMBRIDGE AREA
Take ROUTE 1 NORTH  out of town and follow it to ROUTE 95 NORTH. Take 95 N and follow it to EXIT 51, Endicott Rd., and go right off the ramp.
Stay on Endicott for 6/10 miles to River Rd. Go right on River.
You are now 6/10 of a mile from our house. Be sure to BEAR LEFT at the fork of River Rd. and Rowley Ridge Rd, leaving the large sign for Trinity Church on your right.
(If you’ve been relying on Google Maps, pay no attention to their confusing instructions at this point).
Follow River Rd. to # 82 on your right. Our red brick house is visible from the road.

FROM THE NORTH SHORE AREA
There is more than one way to get to River Rd. This is not the shortest, but it is the simplest. Google Maps will get you there by another route.
Find your way to ROUTE 97 NORTH (Cabot St.) and follow it (long and winding road) to the stoplight at the intersection of Route 1 and 97.
Cross Route 1, and at the next Stop sign, (5/10 miles) turn Left onto Main St. in Topsfield.
Go 3/10 miles, through town (in the blink of an eye) and turn right onto Prospect St.
Go 5/10 miles on Prospect to the Stop sign.
Our driveway is on the left, at the intersection of River Rd. and Prospect, directly across from the Stop sign. House is red brick, visible from the road. Turn carefully, it’s a tricky intersection with sharp curves.

On Tuesday June 3rd the Tavern Club extended its winning streak dating from 1913 in the softball series with the St Botolph Club. This epic game, played on the storied fields of the Park School in Brookline resulted in another victory for the Taverners; nothing in the annals of Harvard-Yale, Cal-Stanford, Oxford-Cambridge rivalries quite equals this achievement. The Tavern, with a large and multitalented team managed by Casey Tarlov, defeated the disciplined Botolphers 11-7, or 11-8, or 10-6,or something like that over five or six tense innings. Mike Scott at third called Brooks Robinson to mind and Robbo at first was in no way inferior. Becky Richardson, in a long at bat, drained the St B bullpen, but the losers were game to the end. There were many heroes, and all repaired to a convivial and sentimental evening at 4 Boylston Place, where the merits of each player were discussed at length, and both the weary teams agreed that this rivalry, with its now legendary status, must be continued.

The Game, on the emerald fields of Park School, took place on a beautiful early June afternoon. Eli and Carolyn Newberger on tuba and washboard provided musical accompaniement throughout the game, after Ben Cox and Albert Lafarge (who also played behind the plate) led us in the National Anthem.  Andy Calkins, Bob Turner and Mark Green pitched, Mike Scott played and coached first base, Ned Roberts, Jim Dineen and John Lannon held up the infield and Joe Barbieri, Rees Cosgrove, Peter Aitken, Watson Reid and Will Thorndike played the field. Power hitters included Eli Newberger who batted with tuba over his shoulder, Rebecca Brooks, Chris Smallhorn, Ed Tarlov, Becky Richardson, George Meszoly, John Bethell and Neal Attenborough but it was Tavern rookie Charlie Storey who hit a homer, bases loaded, over the Green Wall, (a stand of 200 foot spruces beyond deep left field) who brought in the most runs, with Anne Carter as a designated runner (a new position). The cheering section, spectacularly turned out, included Sandy Righter, Sarah Jolliffe, Polly Drinkwater, Katharine Boden, Helen Bethell , and  Juliette Reid. Afterwards both teams retired to the Tavern for post game festivities, reminiscences, presentation of the Auld Mug topped by  a softball autographed for posterity  by both teams,  and music including, as the finale,  a rousing rendition of “Take Me out to the Ball Game”.

From Committee on Elections:

Membership in the Tavern

Do you have someone in mind for membership who has already become happily familiar with the Club? Get in touch with the Elections Committee – or just go ahead with your proposal, as follows:

The Committee will begin its due diligence, and Sandy Righter will stay in touch with you about how things are progressing.

Any questions, please contact a Member of the Committee on Elections (see sidebar, this page).

At a meeting of the Board of the Boylston Place Foundation at the Tavern Club, on Monday, June 16, Stephen H. Clark was elected Chairman of the BPF Board. Christopher Smallhorn resigned that position, and remains on the Board as Secretary of the Tavern, replacing David Amory.

The Tavern Book Club will – as has been our custom – go overseas for our summer meeting, this time to the home of Becky Richardson, overlooking the sea at 58 Winter Street Nahant.. We will discuss and each read some of the letters of Emily Dickinson and Abigail and John Adams. These are contained in "Emily Dickinson Letters” edited by Emily Fragos and "My Dearest Friend – Letters of Abigail and John Adams" both available from Amazon. Becky is providing lunch so please let her know if you are planning to come , by emailing her at her  at rkr@tiac.net.

Our September meeting will have the unusual feature of being conducted by the author. Taverner Judge Hiller Zobel will discuss his classic book "The Boston Massacre" a second edition of which he is presently working on. This too will be an occasion not to be missed by those blessed by leisure to read and to attend discussion in the full alert state of mind that comes in mid day.

If you like to sing, come try us out at the first fall meeting of the MeistUrsingers with Maestro Tom Kelly.  Downbeat 12:20 p.m. in the theatre.

For a complete, printable copy of the calendar, click here.