Book Club Without Borders
The Tavern Book Club will meet at noon on Wednesday, July 31 in our overseas venue, in the garden at 35 Cary Street, Nahant 01908, under a tent to protect us from garden essentials – sun and rain – where, led by our beloved Tavern landscape garden expert Joan Yogg, we will discuss Elizabeth Perenyi’s Green Thoughts: A Writer in the Garden. This highly useful and highly personal book is filled with practical advice, opinions, unexpected bits of history, and is designed to enchant and instruct the casual admirer of flowers or aficionado of fresh vegetables quite as much as the ardent delver into the earth. Joan suggests we each bring a favorite gardening book, or a photograph of a garden. The Lunch is Pot Luck and cooling beverages will be provided. Please let Ed Tarlov know of your plans to come by emailing him at edward.c.tarlov@lahey.org.

John Dineen’s and Becky Richardson’s beautiful gardens are down the street.

Romping begins at Noon, Bar opens at 5 followed by Dinner.

Peter and Helen Randolph will host this year’s Fête Champêtre at their place in Wareham in the perhaps vain hope that their establishment will meet the exacting standards of our brethren from the North Shore. In fact they actually believe there are good things to be offered to the south of Boston. Their big old rambling “cottage” sits on a bluff on the north shore of Buzzards Bay looking down to Naushon Island, absorbing the full blast of the prevailing southwest breeze. Come early and, if the weather is kind, take walks through the marshes, sit on the beach, swim, kayak, sail the Sunfish, play tennis or bask on the lawn. If the wind is flat, which is not usually the case, one can water-ski. If the wind is up, one can kite surf on one of the finest spots for such wild sailing on the entire east coast. If the weather is not kind, there is plenty of room in the house and under the tent to visit and opine on things one half understands, etc.

Eli Newberger and his Dixieland jazz band will be with us to bring us their joyous music to revel in, dance to, and help us through the awkward moments when we realize we have no idea of what we are trying to opine about.

Directions are on Page 4 of the attached. There is a plan for a bus, or carpooling – please speak to Tony Fay. 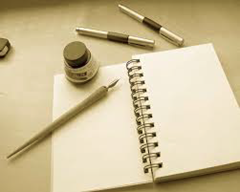 The summer is now here, and time again to encourage Tavern members to fill their idle time by writing a one-act play. All of you have a story or two to tell…and what better way to tell it than on the stage. For those of you who are so inclined, here are the simple guidelines:

Mail submissions to halloweenplays@gmail.com. To maintain anonymity the sender’s email address is stripped from the file and submission. In an envelope via US mail, send a letter with the name of the play and the author’s real name to the Tavern Club, att: Plays Committee.

Arts Roundtable
There will be no event in July – so stay tuned for the next Arts Roundtable in September. On June 12th, the Arts Roundtable hosted two special guests, veteran museum men Ashton Hawkins (former legal counsel, Metropolitan Museum) and Ted Stebbins
(curator of American art, Harvard) to field a variety of questions on the art museum, present and future. In one brief and riveting hour they volleyed on difficult issues such as cultural patrimony, de-accessioning, outreach, blockbusters, trustees then and now, and the most difficult characters they ever had to deal with. By the end of the luncheon, much food for thought.

MeistUrsingers
The MeistUrsingers will resume their regular Thursday gatherings beginning on Thursday, September 19, 12:20 pm, under the baton of Maestro Tom Kelly. New members who like to sing choral music are encouraged to come and give us a try. Written music will be
provided. Contact Sandy Righter for further details.

THE EMERSON PROJECT
The June 28, 2013 Progress Report to Members is included with the July newsletter.

The Centennial Game – The Tavern Bears vs. The St. Botolph Beauts
On June 25 the Tavern Terrors extended their 100-year winning streak to two games over the St. Botolph Saints. The score was 12-6. Twenty-three Taverners and spouses covered themselves with glory on the field of honor with some awesome batting and running, spectacular saves in the field, and blistering pitching by Chris Whitlock and Mark Green. The Terrors, elegantly attired in green and white baseball shirts and caps designed by Brigid Williams, were pumped by Eli Newberger’s tuba and Carolyn’s washboard from the sidelines. Despite their stunning defeat, the Saints graciously hosted a celebratory dinner at the St. Botolph Club where Chris Whitlock’s Blues Band provided the entertainment. Everyone agreed the event was a great success, and both teams hope to play again in less than a century, perhaps even annually. 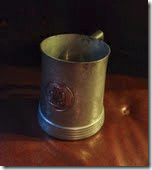 In token of his affection for the Tavern, R. J. Lyman presented to the Club the gift of this very fine commemorative tankard from the 1904 baseball game. The inscription reads: Baseball, St. Botolph vs. Tavern, 24 – 22, (Bear Medallion), June 21, 1904

Ed Tarlov writes that when the dust settled after the post game festivities at the St. Botolph, at which the Tavern was graciously offered the use of the St Botolph during the erection of the new Tavern superstructure, there was some confusion about the Mug. RJ had given a baroque heartfelt presentation of the Antique Tavern Mug to President Ernst von Metzsch, but as this was found on the table after almost everyone had departed, some Botolphians, like Putin with Kraft’s ring, thought perhaps the Mug had been given to them. Happily the Mug was rescued and is now across the Public Garden to its more permanent home at 4 Boylston Place.

Summer Shorts
Before an enthusiastic, sell-out crowd on a (relatively) cool evening the Summer Shorts Group (Anne Carter, Nancy Maull, Brigid Williams, Peter Aitken, Bob Osteen and Peter Randolph) performed three very different plays thematically united in the imaginations of only a few. In “A Nod to Ira Glass Philip Glass Leonard Cohen Leonard Bernstein John Cage” by Jack Karp, the audience was dragged unwillingly into the play by actors who thought that they had come to see a play performed by the audience. No-one knew what to expect. In the second play, “A Number on the Roman Calendar” by David Johnston, a poor couple waiting on a cold hill for the apocalypse was visited by a buffoon Pope who needed to unload his riches before Christ arrived. The otherwise humorous play took a poignant turn at the end when the reason for the couple’s anxiety was revealed. The final offering, “Xingu”, a short story by Edith Wharton adapted by Anne Carter, recounted the pretensions and petty sniping of a ladies’ book group and the revenge on the group and its obnoxious guest author by an outcast member. The group is self-directed with periodic guidance and rescue by Christopher Randolph, son of Helen and Peter.

For a complete, downloadable copy of the Tavern Club, July 2013 Newsletter, click here.