Book Club
The Tavern Book Club will meet on Wednesday, December 4 at noon.

Andy Doherty will lead our discussion of two short stories: Why I Live at the Post Office by Eudora Welty, and recent Nobel Prize winner Alice Munro’s The Bear Came Over the Mountain, recently republished in the October 21, 2013 The New Yorker magazine. With the pressures of the holidays, turning our attention to the Short Story genre will relieve any need for heavy lifting.

MeistUrsingers
The final Fall rehearsal will take place on Thursday, December 5 at 12:20, under the baton of Maestro Tom Kelly. Please let Tony Fay know in advance if you plan to stay for lunch.

We continue to receive support from Taverners as well as from one friend of the Club, and to date have raised $110,909 plus one bequest of $25,000. Very many thanks from the Committee to all who have given so generously, some more than once. Please remember that anyone can make a donation before the end of 2013 (and remember the End is Near!), and deduct the value from income tax as a gift. Taverners should know that we are committing funds to beginning the digitization of our records and posters, including retaining professional advice about record keeping, and also to cleaning and maintaining Tavern paintings. 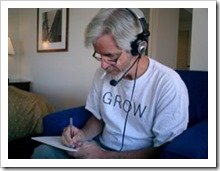 The Tragedy and Promise of American Radio, presented by Christopher Lydon, on Wednesday, December 11 from 12:15 – 2:00 A highly-regarded cultural and political journalist, with a career spanning the The Boston Globe, The New York Times, WGBH’s 10 O’Clock News, and founding WBUR’s The Connection, Chris is returning shortly to WBUR.  Our conversation will kick off with Chris’s unvarnished views of the big picture.  Notwithstanding the atavisms booming from the right and the low quality of most radio “news” discourse, he’ll offer an optimistic approach to harnessing the power of combined media.  A sample mantra:  “The web is the new radio.”

Elections Committee
Meeting on Monday, December l6 at 5:30 in the Perry Room, before the Carol Singing special event.

The Elections Committee is always happy to receive nominations from members for good candidates. If you’d like to grow old at the Tavern with certain friends of yours, chances are we might, too. Contact Sandy Righter or other Committee members if you’d like to be briefed on the process.

The Christmas Feast is the high point of the Tavern year, full of tradition and erudition – there is really no excuse for missing it!

Cocktails 6:00, Dinner 7:00, before The Christmas Play. Black Tie and Medals, Members only 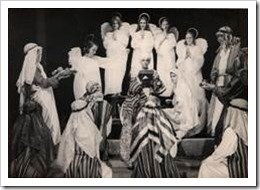 The Christmas Play
Thursday, December 12 after the Feast

Don’t miss the The Queen’s Revels.

Book by Barclay Tittmann, with the delightful musical musings of Jim Terry.

The fabled cast has a host of venerable Taverners: Jane Shaw as the Queen; lords and ladies played by Nick Clark, Peter Randolph, Polly Drinkwater and Nancy Maull; to the mix of crossed lovers is Bob Osteen; plus the collective servants Sam Dennis, Rusty Tunnard, Elizabeth Hunnewell and Katharine Boden, Henry Becton as the page, and Jeff Peters as the multi-talented and mysterious doctor.

The dress rehearsal for family and friends of cast members will be Wednesday, 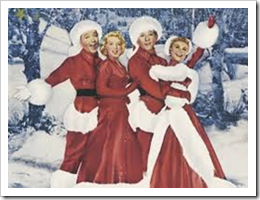 The annual Christmas carols sing-along is a wonderful opportunity to get into the Christmas spirit and perhaps to introduce some friends to the Tavern Club.

Cocktails 6:00, Dinner 7:00, followed by Carol Singing in the dining room.

Taverners should mark their New Year Calendars that the Mid-Winter Tavern Feast will be held on Thursday, January 9, 2014. This annual event has in recent years celebrated the Tavern lives of Members who have performed great services to the Club, and this year Harry Lodge will join us as our Guest, along with Elenita and their four children (one a Taverner) and their spouses. There will be stories, some true, as well as a song to two. Please sign up early.

A Tavern debate, along the lines of those put on by Oxford Union, is planned. Two four-person teams, men and women, will alternately present their arguments, for and against the resolution, followed by a rebuttal for each side.  The audience will vote on the outcome.

At this point the Debate Committee requests that membership submit proposals for the subject of debate. For example –

On November l6 a fine group of MeistUrsingers, conducted by Tom Kelly, sang In Taberna Mori at the Service for Frank Igo’s wife, Mary, and felt very honored to do so.

On November 14 Taverner Art Hodges showed a spectacular and inspiring movie on the Appalachian Trail, and then proceeded to recount his many adventures hiking the entirety of the Trail over the past 28 years.

The President has the pleasure to announce that the Tavern Club has entered into reciprocal privileges with the Cosmos Club, situated on Embassy Row in Washington, D.C., with 49 bedrooms at reasonable rates. You will need a letter of introduction, which Tony Fay will provide. Many thanks to Chris Smallhorn who organized the contacts with the Cosmos Club and made this work.

For a complete, downloadable copy of the December, 2013 newsletter click here.