Book and lyrics by David Scudder. Score by David Chanler, and direction from Carol Monica and John Finley IV. Peter Erichsen as Wagner, Albert LaFarge as Verdi, and Miguel de Bragança as Shakespeare star in this topsy-turvy world where characters from beloved operas flee their intendeds, and Bob Osteen adds to his portfolio of villainy as an out-of-control Iago.  John Paul Britton, Carole Charnow, Ben Cox, JoAnne Dickinson, James Houghton, Jane Manopoli, Frank McGuire, George Mezoly, Bill Truslow, and Joan Yogg are all lending their talents to this great production, with Bill Shumate as the glue that holds the show together as prompter.

MeistUrsingers
The MeistUrsingers will have their final rehearsal with Tom Kelly (with extra Jim Terry coaching) on Thursday, April 10 at 11:45. 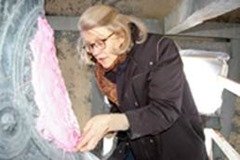 The Russian Bells of Lowell House.
Our speaker on Wednesday, April 9 will be Diana Eck, the Master of Lowell House and Professor of Comparative Religion and Indian Studies at the Harvard Divinity School. She will speak to us about Lowell House’s famous Russian Bells.  As she states in her history of the bells, "From 1930 to 2008, the Lowell House tower housed one of the most famous Russian bell sets in the world, rescued from certain destruction in Stalin’s Russia and donated to Harvard. In the summer of 2008, these famous old bells were returned to their historic home at the Danilov Monastery in Moscow and a new set of 17 bells, cast in one of Russia’s finest new foundries, was hoisted into the bell tower." 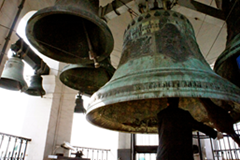 Diana will tell us the whole story, will show us photographs of the Bells, and will let us hear a little of their extraordinary sound.  Please join us!  Discussion to follow and guests welcome.

John Thompson and Jane Philippi will tell the story of how their sustained efforts over a decade in Masiphumelele (a squatter camp of nearly 40,000 near Cape Town) have initiated long term sustainable projects that have transformed lives. They have built day care centers, youth centers and a library, and have put more than 50 young people through high school and college. 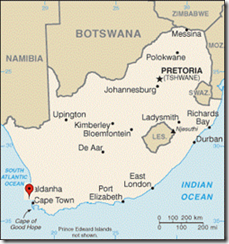 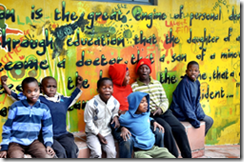 Today the Masiphumelele Corporation includes 100 volunteers and 300 supporters.  Rooted in the South African context, their continuing work is an important lesson for practicing modern philanthropy. Discussion to follow.  Members and guest welcome.

Elections Committee
The Elections Committee will hold its February meeting on Monday, April 14 at 5:30 in the Library. If members have candidates already in the process and whom they would like to bring to dinner that night, please contact Sandy Righter, Elections Chair, and clear with David Amory, Secretary 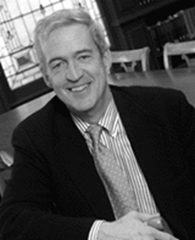 The Concert will begin at 6:30, followed by dinner and, led by Tom Kelly, a sing-a-long of familiar music around the table for members and their guests. Cocktails at 5:45, concert at 6:30 in the theater, and dinner at 7:30. 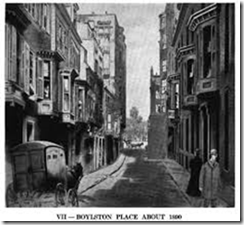 The BPF reports no change in the Fund assets, as well as continuing efforts to create permanent records and copies of Tavern Club posters, programs and other items of historical interest that hang on Club walls. We are also seeking volunteers who might assist the small group who work in these efforts. Hallo out there, Taverners!

Book Club
The Tavern Book Club will meet at noon on Wednesday, April 23. Under the leadership of Andy Doherty we will experiment with a writing game to start with, then discuss Elmore Leonard’s Pronto, his first Raylan Givens novel – about a cowboy hat sporting US Marshal defending a two bit bookie – great dialogue, great characters, great book! Speedy, exhilarating and smooth – no one does it better! 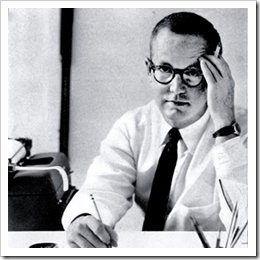 Poetry Lunch
John Keats will be the subject of the poetry lunch on Monday, April 28. His work needs no introduction here. We’ll take a look at as many of his best-known poems as there is time for. Please email Owen Andrews with poems you’d especially like to read at owenandrews1@gmail.com.

On March 6 Jim Terry produced another of his wonderful musical retrospectives, this one focusing on thirty of the sparkling musical compositions of Jim Crissman (shows from 1997-2013) and Linc Boyden (shows from 1992-2010). The program itself was an historic work of art compiled by Jim Terry and Brigid Williams; the Company was in enthusiastic if under-rehearsed voice, bullying and production by Peter Randolph, piano and on/off stage athletics by Crissman and Terry, videography by ever-obliging David Chanler – supported by a gallant and encouraging audience.

On March 19 two crack teams of Taverners assembled on stage to debate The Tangible is More Important than the Intangible. After the ceremonial flip of an ancient French Piastre to determine which side each team would take, thus leaving minimal time for preparation, John Tittmann led off for the Intangible side, wearing an arresting costume and laying the groundwork in broad strokes. Mary Scott then presented the arguments for the Tangible in song, including a sparkling rendition of Diamonds are a Girl’s Best Friend. Not to be outdone, Jane Manopoli, in full Hajib invoked Gravity and other irresistible Intangibles, whereupon Peter Rand entered the lists with his incomparable delivery. A masked Mark Green then came on strongly for the Intangible side, followed by Gene Dahmen for the Tangibles, calling the opposition’s arguments "Malarkey". Hiller Zobel rebutted for the Tangibles, but Deb Bornheimer, with her intimate knowledge of the Bible, even in Aramaic, stole the show with her summation based on the Good Book. Voting, after all hanging chads had been evaluated, gave the day to the Tangibles. A memorable evening, perhaps to be repeated but never equaled, at least in Tavern memory!

For a complete downloadable copy of the April 2014 newsletter, click here.