The Tavern is not only a showcase for talents and ideas and a repository for ‘a thousand ghostly conversations’ but also a dressing room and backstage littered with costumes, bedrooms stuffed with set remnants from dozens of plays, a basement choked with discarded boxes, broken equipment, a defunct hot water heater, and (possibly) bear scat.

No more! Thanks to the efforts of Nancy Maull and Brigid Williams costumes have been organized and hooks exposed for actors to hang their clothes. John Tittmann and Carol Bundy have started the process of separating archival material from junk to be removed from backstage and the bedrooms. Anyone want Lew Dabney’s drums? Tony Fay has cleaned out the basement. No bear was found.

If you see something that needs to be cleaned, speak up – Help welcome!

Opening reception for paintings by JB Greenway and Julia L. Greenway.
Guests very welcome, but Members only for Monday night dinner at 7 pm.

Taverner Nick Clark will host children’s book author and illustrator Ashley Bryan. Ashley will discuss his latest book, Freedom Over Me, which is based on a slave document he acquired at auction some years ago – a sale manifest from 1828 listing the names of eleven slaves and the prices they brought, along with the proceeds from sheep, cattle, and cotton from the same sale. In his book, Ashley has provided the background stories for each of the eleven slaves.

Ashley Bryan was born in Harlem in 1923 and grew up in the Bronx. He received his BFA from Cooper Union, a Philosophy degree from Columbia University, and was a professor of art at Dartmouth College from 1974-1988. He lives in Islesford, Maine. 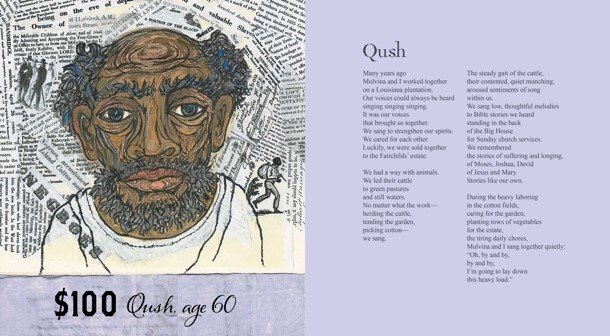 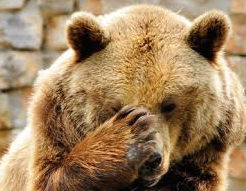 All Taverners, old and new, are invited. We sing on alternating Thursdays for an hour or so, followed by lunch (sign up with Tony Fay, please).

The Election of 1860: Alpha and Omega? John Stauffer, Professor of English, American Studies, and African American Studies at Harvard University, and the biographer of Massachusetts Senator, Charles Sumner, will talk on the Election of 1860 which elected Abraham Lincoln as the first Republican President of the United States. The election was tumultuous, splitting both parties, involving four candidates, and bringing the issue of whether Black Lives Matter to the highest and most public debate forum in the country. Lincoln’s election caused a reactionary movement among the Southern states to begin secession. John is a compelling speaker. Guests welcome. Call Tony Fay – 617 338 9682, Manager@tavernclub.org

Brett Donham will lead our discussion of Iris Origo’s classic WW 2 war diary War in Val d’Orcia. La Foce , the Origos’ 6000 acre estate in southern Tuscany, is sheltering escaped British and American POW’s when the invading Allied armies roll over them with the Germans resisting every inch of the way. The terror of war contrasted with one of the most beautiful landscapes in the world is the background for this riveting memoir.

Halloween One Act Plays evening will be on Thursday, October 29.  Rehearsal night on Wednesday, Oct 28 for family and friends of cast.  The three directors, Eleanor Andrews, John Paul Britton, and Nick Clark have assembled their casts, distributed the scripts, and begun the rehearsals.  The three plays were selected from a group of eleven outstanding submissions.  Thank you summer playwrights!   The three plays are “Jonah”, about a man who might be swallowed by a whale, “Four Candidates of the Apocalypse”, about an entirely fictional election at an end of a world, and “Yankee Hug”, about what happens when Boston couple meets some very Halloween-like characters.

The evening began with spirited games of pool, directed by Jeff Peters … then a tasty buffet dinner, and upstairs to Chris Whitlock and his fabulous Blues Band. Taverners able and not so able kicked up their heels to the glorious jazz concert then staggered below for a delicious array of desserts and a celebratory drink.

Tuesday, November 22 Laury Coolidge, former Henley winning coach of the Harvard lightweight crew will guide us on James Brown’s wonderful The Boys in the Boat: Nine Americans and their epic quest for gold in the 1936 Berlin Olympics. Laury knew several of the principals in the book- Thomas Bolles, Harvey Love and George Pocock. We have a number of Tavern oarsmen who will probably attend so put this on your calendar now.

The Book Club Readers should prepare by finding copies of Paul Fussell’s The Great War and Modern Memory which will be discussed in January, and Siddartha Mukergee’s The Gene, another subject for 2017.

Each year the President, Vice-President and Secretary of the Club invite new Members to join them as guests at Lunch, in order to offer information about the Tavern and its customs that might be useful, and so that all may get to know each other better. By invitation.

Please remember to call Tony Fay if you wish to park behind the Club, as he anticipates that Emerson activities may occasionally restrict use of our parking space. There is convenient alternative parking available, and Members will be reimbursed by Emerson whenever necessary on delivery of receipts from approved parking spaces. Thanks for your patience.

Good News from our revered former Steward, Frank Igo, that he is feeling much better after a difficult summer, and is looking forward to joining us soon at a Friday Lunch.