The Tavern year ends with our traditional Fête Champêtre, a gathering for a clambake and good company somewhere near enough that we can return to our homes fairly easily, replete and satisfied as we are wont to be. This year we are both honored and delighted to be visiting “Wellesley”, the home of Luisa Hunnewell on Washington Street in Wellesley, where else? We are most grateful to Luisa Hunnewell for allowing us to visit the beautiful grounds of “Wellesley”, and also to Elizabeth for her patience and guidance.

We should plan to convene around 6.00 p.m. on Thursday, July 14, and cocktails will be served prior to the clambake at about 7.00. Dress as appropriate for a summer day in New England, ties not an absolute requirement unless like most gentlemen one looks better with one; ladies may certainly wear ties, but it will be assumed that they are making a point. Otherwise, this is a party. La Marseillaise will be rendered as usual, and as sheet music will be provided, we hope that all Tavern Singers will rehearse so that recent renderings are soon forgotten. 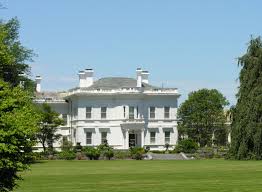 From Boston take Route 9 out all the way to Wellesley, turning right onto Route 16 just after you pass Mass Bay Community College on your left. Follow Route 16 West about 2 milesplus through Wellesley until you reach Wellesley Square, and at the stop light, where Route 35 goes to the right, bear left staying on Route 16. Pass the entrance to Wellesley College to your right and go a further .4 mile. A handmade sign on the right will warn you that 811 Washington Street is coming up fast. The entrance is to the right at a small red brick gatehouse; then drive on until you see some activity, and park your car on the grass next to the driveway.

From North of Boston take I95/Route 128 to exit 21 onto Route 16 West, then about 2 miles plus into Wellesley Square and at the stoplight bear left staying on Route 16, Route 135 going off to the right. From there, .4 miles and look for the handmade sign as above, red brick gatehouse at 811. If from the South on I95/Route 128, 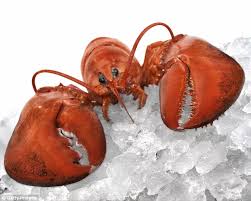 From the South on I95/Route 128, take Exit 20 to Wellesley and follow Route 9 West to Mass Bay Community College on the left, and turn right onto Route 16, then follow directions above, … And, please be sure to allow extra time driving to the Fête, as traffic in and around Boston is terrible these days.
Everyone got it, or a GPS? If all else fails please call Mr. Fay or the Secretary. And, for those who have yet to commit themselves to the Fête with a spouse, companion, lately found relative, do please call Mr. Fay anyway, as we need to order Lobstas. Thank you!

The Tavern Club’s ancient and venerable Halloween One Act Plays Competition will take place Wednesday for guests, and Thursday for Taverners, October 26 and 27, 2016. Mark your calendars now.

Three original plays are performed, written by Tavern authors, under pseudonyms. The best play, as selected democratically by audience vote immediately after the performance, wins the coveted Bruin, and its author’s true identity revealed.

All who are interested in participating on the boards, backstage or front stage, should contact John Tittmann, the Plays Chair, at the email below.

All Taverners are encouraged to write a one-act play and submit it under a pseudonym to the Plays’ Committee for consideration. Three plays will be selected from all submitted. Submit the play no later than the close of Wednesday, September 7, 2016.

There are only three rules:

A few pointers to make your play appealing: Keep the lines short. Learning lines is hard; short passages are easier to remember than long speeches. Keep reliance on props and sets to a minimum.

Summer is not lost for Taverners…. Devotees of the Tavern Book Club should plan to meet on Wednesday, July 27, Noon, at 35 Cary Street in Nahant, to discuss The Origin of Species, subtitled By Means of Natural Selection or The Preservation of Favoured Races in the Struggle for Life.

Charles Darwin’s immensely readable and deeply entertaining book sold out on the first day of publication in 1859. It is easily available in a pocket-sized Bantam Classic paperback edition. David Quammens’s illustrated edition and Alan Moorhead’s “Darwin and the Beagle” provide interesting backdrops.

Lunch will be provided, but do let Ed Tarlov know if you will attend, and as usual, guests are welcome, even if neither you nor they have read the book!

For September the book of choice is Siddartha Mukerjees’s The Gene, which Darwin had to do without. Mukerjee, the author of The Emperor of All Maladies, a prior Book Club selection, provides in his new book a vivid account of present knowledge of the Gene.

Our now apparently annual Summer Shorts evening was attended by a lively and enthusiastic crowd and performed with customary aplomb by the seasoned repertory group Peter Aitken, Anne Carter, Nancy Maull, Bob Osteen, Peter Randolph, Jeff Peters and Brigid Williams. Jeff Peters played piano and guitar in support, lights were turned on and off by Sam Dennis, Mary Rhinelander generously consented to use of her marvelous flats, and Christopher Randolph provided needed direction and coaching.

The three plays, by Sheri Wilner, Rowan Atkinson/Hugh Laurie, and Cerise de Gelder, described, in sequence, the search for the right order in a restaurant, an agent rewriting Hamlet and lastly the fable of the Unicorn denied entry to the Ark.

As usual, the performances were all in high Tavern style, and the discussion that followed during and after Dinner was so lively that there were those who could not follow it; good times were had by all, on and off stage.

Work continues on the preservation of Tavern Club paintings, as well as their display, with the support of the Boylston Place Foundation, and Joe Barbieri reports the return of two paintings by Frank Duveneck (1848-1919). They have been beautifully cleaned and restored by Jim Wright, for many years in charge of conservation at the Museum of Fine Arts, and currently working on a painting by JMW Turner. Duveneck’s ”Portrait of an Arab” is now back over the Bar fireplace, and the other, a portrait of Barrett Wendell, is in the Dining Room. 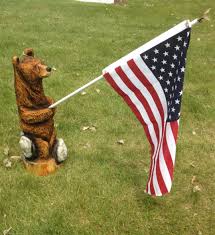 For a printable copy of the July calendar, download here.