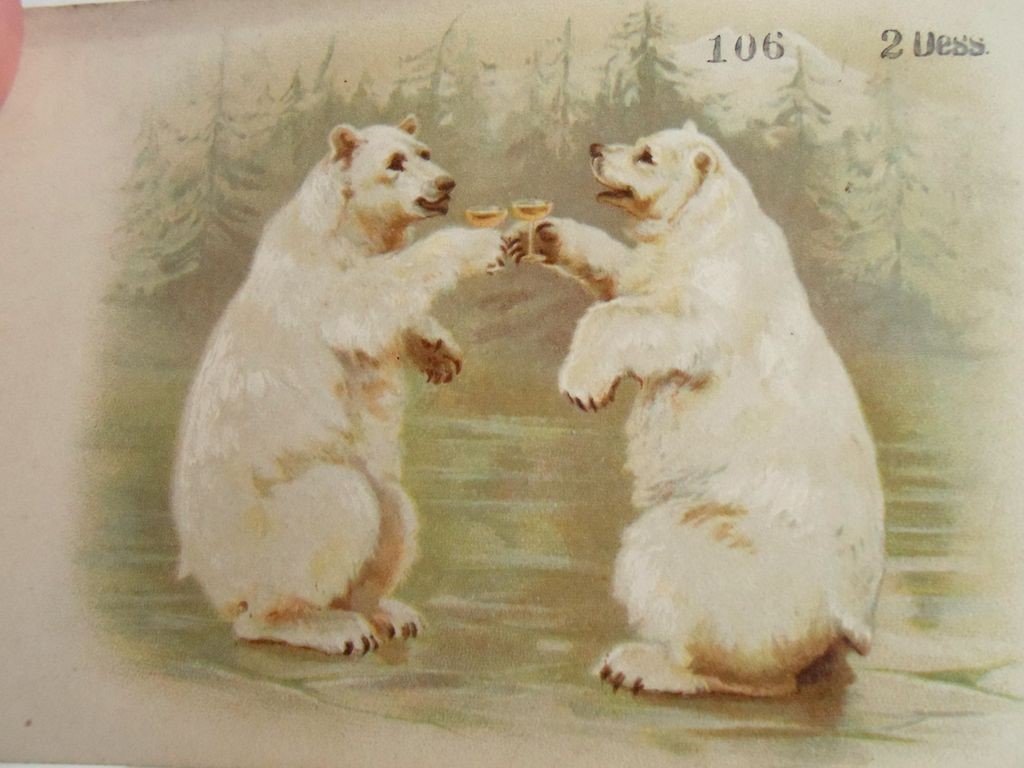 Emerson College and The Tavern Club

The Season caught up with us before the agreement was signed, but that should happen early in the New Year. Demolition and early stages of construction continue at Numbers 1, 2 and 3 Boylston Place, so far with no great inconvenience to us at the Club, and despite the scaffolding and equipment, Club activities have not suffered. The loss of our parking space behind the Club starts on February 1 and will continue until June 30 just in time for the Club to close for the Summer, but we have every hope that with the cooperation of members we shall be able to cope with this too. Thank you to all and a very Happy New Year! –Ernst von Metzsch 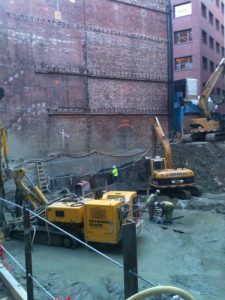 From the House Committee

The Emerson project is proceeding although it may not look as if much is happening. Foundation pile placement and excavation continue. There are about 100 piles at 150′ deep and only 2 per day can be placed. The site is very small and only one rig can be accommodated. The contractor is working 8 hour days on Saturdays and 12 hour days during the week. Excavation and placement of utility lines [water, sanitary sewer, storm sewer, electricity, telephone, security systems, and communications cables] in Boylston Place will take place the first week of January. –Brett Donham

Behind the MidWinter Feasts that we have enjoyed for many years has been a belief that we should know about our history, and something of those members who have helped to make the Club what it is. If we invite a member to be our guest, with members of his or her family, it is to say in a small way thanks for all you have done (and in no way do we wish any such guest to cease these activities!)

In the case of Jim Terry it is simply hard to imagine the Club without him. Those who attended the Christmas Feast and Play know how much we owe Jim for the beautiful music in that Sherlock Holmes/Downton Abbey saga. In our time there has been no more gifted musician in the Tavern, and none more generous with his gifts. Composition itself is but one aspect of Jim’s contributions to a Tavern musical, as in most cases he records songs for the singers, rehearses everyone despite that this requires him to listen to performances which never meet his own standards, at the same time encourages the singer to believe that he or she is talented, and continues to support throughout the performances.

We may have better numbers somewhere, but Jim has written music for at least 18 plays, performed in many more, directed, rehearsed, cajoled, and smiled through his pain at our efforts.

For all this we thank Jim, but that is just a small part of his endless labors for the Club, as President, as Keeper of the Rolls, and as one who is active almost daily in very many different aspects of Tavern Life. The existence of a modern Tavern member database is entirely due to Jim, and that is just another more or less invisible service to us and to posterity. Officers rely on his judgement in all serious matters, and we all simply accept that his generous smile will reward our various questions as he patiently regards our weaknesses.

So, on Thursday, January 14 we shall don black tie and medals and welcome Jim and Maudie, and one of their children. There will be a few songs and some toasts, and we plan to meet for Cocktails at 6.00pm and Dine at 7.00. Please come one and all, and do call Tony Fay soon.

The Arts Round Table will leap at the last chance to see “Leap Before you Look: Black Mountain College 1933-1957” at the ICA, Boston. Among the roster of Black Mountain faculty and students represented at the ICA show are Josef and Anni Albers, John Cage, Willem de Kooning, and Robert Rauschenberg. Writing for the NYTimes Holland Cotter called it “one of the season’s most atmospheric historical shows.”

As the curator, Helen Molesworth, has moved to the Museum of Contemporary Art in Los Angeles, we will be guiding ourselves through the exhibit. Meet in the ICA lobby at noon. No reservations necessary.

Who Said That? or Historical Conundrums Pithily Put: “Oh senseless man, who cannot possibly make a worm, and yet will make Gods by dozens.” A discussion to be led by our own Stephen Clark who will provide us with other aphorisms to tease our intellects and provoke our curiosity. Extra points if you can recognize the savant who made the above comment. If you feel qualified, you are welcome to bring your own epigrammatical wisdom, but if not, no worries, Steve will have plenty of examples. Guests welcome Call Tony to reserve.

The MeistUsingers will meet on Thursday, January 21, at 12:20 in the theatre.  Please let Tony Fay know if you intend to stay for lunch.

On Wednesday, January 27 at noon the Book Club will meet to discuss Corelli’s Mandolin by Louis de Bernières. This novel, set in Cephalonia in World War 2, brims with the grand topics of literature – love and death, heroism and skulduggery, humor and pathos, not to mention art and religion. Ed Tarlov and Bob Osteen, fresh from sailing the surrounding Ionian Sea, will lead discussion. We may even have a mandolin and mandolinist in attendance. For the future, so you have time to read, on March 23 our own Clive Foss will lead discussion of his book Tyrants: 2500 Years of Absolute Power and Corruption, and on April 27 Ike Williams will lead discussion of Ford Maddox Ford’s The Good Soldier, winner of this year’s Boston Public Library 100 year retroactive Book Award for 1915.

Stephen Burt, who teaches poetry at Harvard and has published poems and criticism widely in major organs–the New York Times Book Review, Slate, the Times Literary Supplement, the London Review of Books, and the Yale Review , among others–has agreed to join us for a chat-and-read-aloud. His latest book, Belmont: Poems ( 2013), touches on a banlieu near and dear to many Taverners. Those poems appeared earlier in an interesting variety of “journals, magazines, websites, anthologies, and chapbooks,” including The New Yorker, the Harvard Review, and Ploughshares. Poetry chair Albert LaFarge hopes to prompt him to share insights on the varieties (kinds) of poetry, if there’s time between eating and reciting. Please all Taverners feel free to join, with guests, in the Perry Room (space permitting): the banter promises to be congenial and upbeat. Call Tony to reserve.

The week is over! Come and unwind with drinks and finger food. See your friends. Play a hot game of billiards. And if you can, bring your guitar or flute or drums or whistle, as you grab the mic and get in touch with your inner rock star. Watson Reid will lead us in open mic entertainment. Bring guests–friends and family, including “youngsters,” especially if they want to perform. This is informal, fun time. Afterwards, you can go out to dinner or to the movies or the theater. . . or go home. The night will yet be young.

The Christmas Feast and Play provided a wonderful Tavern evening on Thursday, December 17th. At dinner, the annual exchange between Santa Claus and our Bear-in-residence (Tweed Roosevelt and Nick Clark, respectively) preceded the award of Club buttons to Andy Doherty, George Meszoly, Jane Shaw, and Sam Thompson. Then came chef Salem and the Boar, followed by the Tavern Hymn, the reading of this year’s Christmas poem by Albert LaFarge, a delicious feast with Beef Wellington as the entrée, and the induction of new members  Roger Warner, Bill Cross, Martha Eddison Sieniewicz, Natalie Williams and Gabrielle Wolohojian by Club president Ernst von Metzsch.

The smallish cast performed admirably under the sophisticated direction of Bob Osteen. Sherlock (Andy Calkins) and his faithful companion Dr. Watson (Nick Clark) sang two duets—the second one, “Moriarty the Mystery Man,” including a wonderful soft shoe—and were able in the course of three acts to save the two Crawley ladies (Joan Yogg as Lady Mary and Nancy Maull as the Dowager Countess of Grantham) from a humiliating disclosure.

Downton butler Carson (Chris Smallhorn) with the Earl’s valet Bates (Rusty Tunnard) sang the duet “Long Live the Ruling Class,” which left little doubt that as long as there are servants there will be snobbery. They also helped provide the clues to Sherlock’s solving of the potential crime. Holmes’s landlady Mrs. Hudson (Frinde Maher) offered for the denizens of 221B Baker Street and their visitors just the right not-too-obsequious service, and ushered in (over the Scrooge-like Sherlock’s objections) the Baker Street Choral Society (Jeff Peters, JoAnne Dickinson, Peter Gunness, James Houghton, Bob Osteen, and Sandy Righter), whose caroling brought the show to a seasonably appropriate end. Jane Shaw served as associate director and prompter, the set was artfully created by John Tittmann, lighting was by David Lawrence, videography by David Chanler, costumes by Deb Bornheimer, and the poster and playbill artwork were by Ernst von Metzsch. A good time was had by all, on and off the stage.

On Monday evening, December 21, an overflow gathering of Taverners, with families and friends, attended the Annual Carol Singing and supper, with many MeistUrsingers and Tom Kelly to lead everyone. Cocktails were served on the third floor, and the MeistUrsingers performed four beautiful carols composed by Taverners before the company descended to dinner and singing round the table. After a great evening, the Club closed for Christmas and New Year.

At the Foundation’s Annual Meeting on May 15 it was decided to start a year-long effort to raise a fund which would match the challenge of two very generous and anonymous donors. There are two goals in this fund, first to record that each Tavern member give (anonymously) an amount he or she feels appropriate, and secondly, at the same time to raise the amount required in the challenge, which goal has been achieved.

We offer warm thanks to all who have given in 2015, and helped to reach the minimum needed for the challenge; the hat is still extended until May 2016 in the hope that we may come closer to the other objective, that most or all Taverners will make a gift, large or small. We shall continue to encourage the broadest participation in the New Year.

Please contact Steve Clark, Chairman, and or David Scudder, Treasurer with any questions or to make your pledge.

There will be BPF Board Meeting January 15. 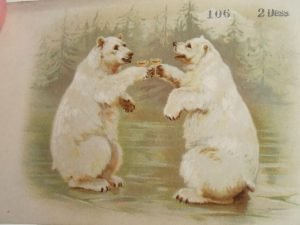