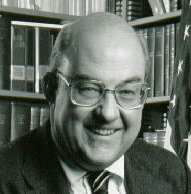 Dan Coquillette has addressed the Club many times and is one of our great speakers. Dan will address us on the subject of his latest book, On the Battlefield of Merit : Harvard Law School, the First Century.

This two-volume history has brought Dan unexpected and unwanted notoriety, and deals with a current issue which is creating controversy in academe at Universities and Colleges from Oxford to Georgetown, as well as in daily life in many communities around the world. As Dan has written to us: “Bring your hard questions about how we should deal with History when it is inflammatory”.

Dan is author of many books, including biographies of Francis Bacon and Josiah Quincy, as well as numerous studies on aspects and records of Anglo-American law, history, and practice. He is on the faculty of Harvard Law, has taught there as well as at BU and Cornell, and is former Dean of Boston College Law School. He also found time to be a practicing lawyer at a major Boston law firm, and among many appointments is Reporter to the Committee on Rules and Practice of the Judicial Conference of the United States (look it up but it is a big deal). 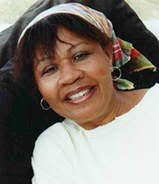 The Arts Round Table will welcome JAMAICA KINCAID, former staff writer for The New Yorker and currently professor of African American Studies

at Harvard. Jamaica will speak to us about her travels in the footsteps of rare plant hunters such as E.H. Wilson, and her book, Among Flowers: A Walk in the Himalayas, in which she recounts her trip to Nepal as well as her efforts to nurture these non-native species in her own Vermont garden.

All Taverners, old and new, are invited. We sing on alternating Thursdays for an hour or so, followed by lunch for those who can stay (sign up with Tony Fay, please).

Those letters you get at the end of the year from your classmate, you know, the letters that are sent to a whole bunch of people, where your classmate goes on and on about how wonderful their vacations are, and how their children are above average?  Well, the Tavern Players have woven an amusing, and entertaining, take on this custom.  David Scudder wrote the book and David Chanler wrote the music.  Elaine Woo, the director, has gathered a stellar cast that will rise above the usual standards.  You won’t want to miss it.  Reserve your seat now!

(initiated by Tom Kelly and including the MeistUrsingers) The annual Christmas carols sing-along is a wonderful opportunity to get into the Christmas spirit and perhaps to introduce some friends to the Tavern Club. 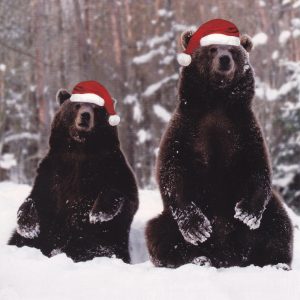 The book collection in the library has a new sense of order and a lot less dust thanks to the leadership of Sam Dennis and Carol Bundy who organized two “library parties”. With the music cranked up to workout volume, a team of Warren Ross, George Carlisle, George Meszoly, Roger Warner, Joe Bassett, Eleanor Andrews, and Bob Turner under the stimulus of Dennis and Bundy and the adult supervision of chairs Gene Dahmen and Abbie Trafford have segregated works authored by Taverners, from works about the Tavern and volumes once owned by Taverners. Works by Tavern authors are in alphabetical order and, with your help will remain so. The long-term goal is to have the collection appraised for value, cataloged, and accessible on a computerized archive system. Don’t be concerned! “The bouquet of a thousand ghostly conversations” is still there in the library but there is much less dust. Bob Osteen.

Taverners are reminded that gifts to the Library are very welcome, now that we can actually find room for them. Such items should generally be books and published articles by or about Taverners or the Club itself. There is a book in the right-hand drawer of the Library desk in which donors should write the details of the gift.

Boston Jazz Voices – Elaine Woo’s   18-voice ensemble, Boston Jazz Voices, performed a fabulous concert for Taverners and guests on November 17. An intriguing blend of jazz/swing, intriguing arrangements of tunes everyone recognizes – it was amazing to hear harmonies like the great jazz pianists’ sung clearly a capella.

More about their program for the holiday season on http://www.bostonjazzvoices.org.

Many Delectations await us in the New Year…

Wednesday, January 11:   The Arts Round Table goes into the field with a visit to the North Bennet Street School in Boston, one of the leading woodworking schools in the country – to be followed by Lunch in the North End.

Thursday, January 12: Special Event – Our Dinner Guest and Speaker will be Matthew Teitelbaum, Director of the Museum of Fine Arts.

Wednesday,  January 25:  History Lunch: Novelist, musician, and lawyer, Tony Rogers will discuss Fake Smiles, his memoir of growing up in Washington DC during the Eisenhower Administration, when his father was Attorney General and later Nixon’s Secretary of State.

Book Club will return in February and devotees should be reading Paul Fussell’s classic book, The Great War and Modern Memory.

Poetry and Art Committee will announce plans after we go to press but the von Metzsch Exhibit in the Gallery will remain until we close for Christmas.

The Tavern Club will be closed Monday, December 19 after the Christmas carol dinner and re-opening Tuesday, January 3.

Best wishes for the Christmas Season.