Emerson College is proceeding with its plans to build an 120 bedroom dormitory for Students at Numbers 1, 2 and 3 Boylston Place, and the demolition of these buildings will be continuing until at least August, followed by the beginning of the construction. To this point what has occurred has presented few difficulties for the Club or our Members, but it is reasonable to expect some inconveniences now until we close in mid-July, and I suggest that Members not assume that parking will be available at Lunch as before, and urge calling ahead if you wish to park at the Club.

We continue to meet regularly with Emerson and they provide us with reports of their planned weekly activities. We believe that this relationship is a sound one and Emerson has already demonstrated a willingness to respond to our concerns and additionally to some of our particular needs such as our requirement for better egress from floors 2 and 3 of Number 4.

I shall report as our joint plans evolve as well as how the Club plans to address some of the physical issues we face in our buildings, and in the meantime urge your continued patience. Nothing we face is particularly threatening, and the occasional minor disruption will soon be forgotten. 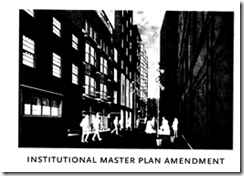 The Annual SoftBall CrossTown Rivalry will continue on Wednesday June 3. If you think Harvard vs Yale or the Yankees/Mets are epic contests, the deeply competitive matches between the Tavern Club and the St Botolph Club are becoming legendary. It is over 100 years since the Commonwealth Avenue bunch were able to beat those Terrors from Boylston Place, but sportsmen that they are, the Tavern Terror are prepared to risk all again for honor and rights of condescension.

There will be a practice for the Tavern team on Tuesday June 2 from 3-5 pm, and THE game will start at 3.00 pm the following day Wednesday June 3, followed by Dinner at the St Botolph at 6.00 pm.

We need pitchers and batters and fielders and runners and coaches and cheerleaders and…. well we need Taverners and their guests, for the game and the Dinner.St Botolph particularly needs to know how many are coming to Dinner and “Casey” Tarlov needs names of all the athletes who can play the game. NOW! (edward.c.tarlov@lahey.org)

Performers Peter Aitken, Anne Carter, Nancy Maull, Bob Osteen, Jeff Peters, Peter Randolph and Brigid Williams will perform three short plays : Prodigal Son, Homer Again, and Death of Socrates. Schooling in the scriptures and the classics will not help as much as a warped sense of humor! Guests welcome.

The June Exhibition will feature Tavern Theatre Posters, in fact the posters we have all seen for years without really looking at them, as they now hang on the North Wall of the Club, and we pass them as we climb the stairs. They must perforce be moved because of the Emerson construction next door, and what better place to hang them for now than in our Art Gallery.

In anticipation of the arrival of a new Director at the Museum of Fine Arts, we invite one and all to bring your own thoughts on a new design plan for the Museum. As a visitor to the Museum, what do you like about the current layout of the Museum buildings, and what would you change, if you could?

All ideas will be welcome, large or small, from relocation of the coat check facilities, to filling the hole in the Rotunda floor, to rearranging all the galleries. This requires no degrees in architecture, but come prepared to discuss the ideas we expect.

In case anyone wonders where all this started you may wish to refer to Belinda Rathbone’s op-ed article in the Boston Globe, February 22, 2015.

Guests very welcome as usual, and Lunch will start at 12.15pm.

Please note that there will be no Elections Committee meeting in JULY, but the work of the Committee continues through the Summer, and prospective candidate information may be sent by email to Committee Chair Sandy Righter, srighter@earthlink.net.Merci bien!

The Design of Church buildings, the first 2000 years – Brett Donham will give a talk and slide show, accompanied by his own soft shoe routine.

The Book Club without Borders will meet at the renowned cabinet making and restoration shop of Jon Ording, at 128 Argilla Road in Ipswich, Ma.

Jon will relate how he got into this field in Europe, and will discuss tools, methods and range of materials used in the art of cabinet making and the restoration of fine furniture. He will give us a tour of his shop.

Some of us may have read Matthew Crawford’s book Shopcraft as Soulcraft…the Value of Work.

Bring your own Lunch, but please call Tony Fay and say if you plan to come.

We’ll touch on Lucretius, a philosophical poet, and lay emphasis on the latter term (as did Santayana in setting him aside Dante and Goethe in Three Philosophical Poets). We’ll go round the table with a few Latin hexamaters and later visitations (Dryden, Tennyson, or BYO!) as time permits. Hosted by Albert LaFarge.

It is sometime since we heard from the Billiards Committee, and we can report that not only is the Committee itself (consisting of Bob Bradford, Len Tucker and Jeff Peters) active but also optimistic about the future of Billiards at the Club. The Committee believes there are a number of things that can be done to encourage this revival, and those who are interested (yes, Sam Dennis) should make themselves known as soon as possible.

It is hard to understand how any Member can willingly miss the Tavern Club Annual Meeting, held on May 11, and generally regarded as very enjoyable, not least in that the Meeting finished before 9.00pm.

Officers and Chairs of Committees delivered their reports, followed by Drinks and Dinner at 6.45. Then back up to the Theatre for the presentation of medals, and for Memorials for departed Taverners. Three new Members were inducted, Staffan Ericcson, Maisie Houghton and Paul Sullivan; 25 year medals were bestowed on Apple Bartlett, Robert Campbell, Rob Perkins, Al Walker, Henry Warren and Ike Williams, then the 50 year on Tony Zane. Memorials were read for Lew Dabney, Herb Pratt, Jerry Preston, Bill Shumate and Rob Ward. The President was surprisingly brief about the condition of the Tavern Club and the Meeting was declared closed.

On April 30, thanks to the generosity of John Paul and Diane Britton, a very appreciative audience was treated to outstanding performances of Baroque music by Robert Mealy on violin and Avi Stein on harpsichord.

Two small and informal Committees convened and meeting for the general purpose of improving Life at the Tavern Club.

One is led by Abbie Trafford and is considering ways in which the Club may improve and particularly broaden the usage of the Club by Members. One goal will be to ensure that new Members become active Members. It has been observed that relatively few Members participate regularly in Club activities and that those same Members also disproportionately attend the activities. Abbie and the Committee wish to know why, and consider what may be done to induce more involvement by all Members.

by Jim Terry, and while Jim has shown no sign of flagging (good grief, Jim flag?) this may offer him potential relief as needed, and

Carol will work with among others Sam Thompson as technology advisor, so that as time goes by not only will our archives continue to expand but they may also become more broadly accessible; all of this is desirable for the future as well as required under the terms of our 501c3, the Boylston Place Foundation.

One minor thing that Sam is working on is improving Wi-Fi reception at 4 Boylston Place. YEA!

The Boylston Place Foundation announced a fund drive to raise $200,000 or more from the members of the Tavern. If that amount (or more!) is pledged, two anonymous members will give $200,000 each, creating a fund to keep the building fit to protect our art and archives. The Foundation hopes each member will help the drive by making a gift in an amount that is comfortable for her or him. Gifts to be kept anonymous. Campaign to last one year. Give early! Beat the rush!

David Amory, Carol Monica and Brian Rosborough wish Members to know that there will be an informal Celebration of the life of Rob Ward at 3.00pm on Saturday June 13. It will be held on the roof deck of 253 Webster Street in East Boston, Rob’s old digs, from roughly 3-5.00pm – a sharing of memories, with some of Rob’s work, and other memorabilia. It is for friends and neighbors and all are welcome.

For a complete, downloadable copy of the June, 2015 calendar click here.