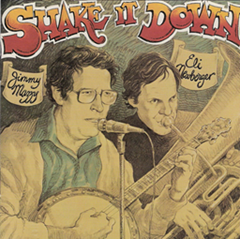 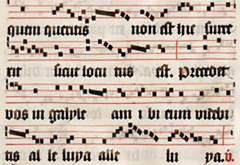 Tom Kelly will entertain members and their guests with the story of how music came to be notated, a history covering more than 500 years. Tom’s recently published book, Capturing Music: The Story of Notation, was designated one of the Best Books of 2014 by the editors at Amazon Books. Tom is the Morton B Knafel Professor of Music at Harvard, and a distinguished scholar of musicology, as well as being an indefatigable and generous supporter of Tavern music and most especially the MeistUrsingers. His talk will take us from the music of medieval monks and monasteries through the glories of ecclesiastical music, tell us how we learned to keep track of rhythm, melody and precise pitch, on to today’s technological wonders, illustrated using illuminated manuscripts and companion recordings by the renowned Blue Heron ensemble.
Members and Guests very welcome.
Cocktails 6:00, Talk in the Theater 6:30, Dinner 7:30

“I get reports that the Club Manager, or a Committee Chair, or other active Members, get requests from Members for exhibition time and space, luncheon events, and also invitations to guests to engage in such matters, without the Secretary and Chairman of the Events Committee being informed. Please inform the Secretary and Special Events Chairman if you have any plans for an activity at the Tavern Club, so that it can go in the Monthly Notice, and they can make sure there is no conflict with other events.”

Guests welcome at Opening, Members only for Dinner

The Music of Representation and Abstraction
Carolyn came to art after a long career in psychology as well as work as a musician.  Her deepest interests have always involved human struggles and possibilities.  Not surprisingly, her paintings, collages and drawings often focus on human character and experience.  She enjoys drawing from life, often in darkened concert halls.  There the challenge is to keep a receptive ear and a loose hand in order to capture both performer and sound, with their rhythm, flow, and intensity. 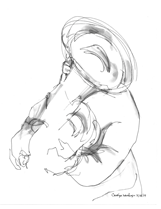 Carolyn Newberger, whose work will be up in the Gallery, will discuss The Music of Representation and Abstraction. She’ll kick off the conversation with a survey of how economist David Galenson’s “Old Masters and Young Geniuses” gives a window into the arc of creativity across the lifespan, explaining and differentiating the work of the renowned icons and the lesser mortals who strive in diverse media and at different life stages toward sublime expression.
Guests welcome.

History Lunch – Art Hodges on his novel Will’s New World. The year is 1636.  England is racked by civil and religious strife. A young man named William Hodges is forced to sail for America, only to find a different form of tyranny in Salem.  He moves to Taunton, a tiny wilderness settlement promising land, opportunity, and even romance.  But always lurking are the specters of hunger, disease and danger.

Join Art as he tells us about the book, about the process of writing and publishing it, and about the pleasures and dangers of a 17th century ancestor’s life.
Guests welcome.

Poetry Lunch
Monday, February 23
F is for February is for Frost

In frosty February, the Poetry Lunch will focus on Robert Frost. We’ll peer into his first two collections, A Boy’s Will (1913) and North of Boston (1914), for a few wonderful, wintry eclogues. Copies of several poems will be provided for reading aloud; please bring along other favorites and friends, if you’re inclined.

All Taverners should plan to enter ONE piece of their own original art, whether painting, sculpture, etching, pastel, photograph, litho, whatever, but only ONE per member.

Opening Thursday March 12, followed by a lavish dinner, no speeches at all, and Guests very welcome.

The Mid-Winter Feast celebrated the life and times of Henry Lee Higginson, the club’s longest serving president (1889-1919). It was a true Tavern evening. The festivities were straight out of the Tavern tradition of giving a dinner “to” an honored Taverner. The fare was Boston Pot au Feu—the boiled dinner Higginson ate five times a week in his youth —cooked by Salem, our inimitable chef, as a delicious repast.

Higginson came to life in dramatic readings scripted by our brilliant historian Carol Bundy, abetted by Peter Rand and Stephen Clark, and performed by a stellar Tavern cast hosted by Steve and dedicated to the memory of the late Bill Shumate, who, as a docent at Symphony Hall, knew much about Higginson and helped plan the event. The cast of twenty-six, many descended from forebears who knew and loved Higginson—Henry Lee and Harry Lodge among them — read parts that were created from letters, speeches and memoirs. David Eckel and Jim Storey, respectively, played Higginson the younger and the elder.

Anne Carter and Stephen Clark produced a handsome program, with three portraits, along with placemats recreated from a nineteenth century Boston street map by John Lannon. Higginson’s complex character—determined, insecure, whimsical, sad, romantic —came to life in the Bear’s haunts under the direction of Peter Rand. It was an exemplary Tavern evening and it would be remiss to overlook that the dinner was served by our Steward Tony Fay and his loyal staff, from the Wharf Rats’ kitchen upstairs. 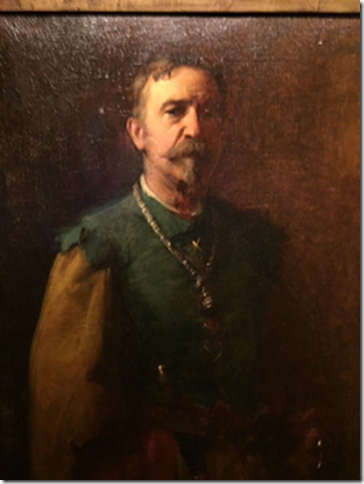 In Case you missed this too:

A Cast of Thousands under the usual direction and support of Jim Terry presented an evening of Songs by the legendary Taverner Sherwood “Pete” Rollins, Jr., member 1946-1982.

Pete Rollins (formally Sherwood Rollins, Jr.) collaborated with Curt Prout to produce the1947 Christmas Play. Curt said it was considered too racy by some and they were not invited for an encore. Soon afterwards Pete became non-resident (New York), returning in the late ’60s. Such a lucky thing for us! Pete loved theater, particularly the musical kind. Music and lyrics poured out of him with frolicsome ease and elegance. While the 1947 songs haven’t surfaced (banned in Boston?), we have found about 60 wonderfully melodious songs he wrote for six full Tavern Club shows and parts of three others. Nearly all of them have been performed in past retrospectives (2001, 2007) and about half of them were brought back to life by some 30 Taverners .

On January 17 a group of MeistUrsingers, led by Jim Terry, sang the Tavern Club Hymn in Kings Chapel at Howard Turner‘s Memorial Service.

The Foundation supported the dramatic reading at the Mid-Winter Feast with two portraits of Henry Lee Higginson. One by van der Weyden, was given to the BPF by JoAnne Dickinson, and the other, by Sarah Wyman Whitman, was conserved in 2014 under the auspices of the BPF. The magnificent bust of Henry Lee Higginson by Bela Lyon Pratt will be restored in 2015.

For a complete downloadable copy of the newsletter click here.