Emerson College and The Tavern Club:

Report from the President:

I am happy to report that we have signed (are about to sign) an Agreement with Emerson College regarding their construction project on Boylston Place 1-3. To make up for the inconvenience caused by this project Emerson will within one year after construction is completed (in the summer of 2017 or around that time), build a new fire escape for the Tavern at Emerson’s cost. For this fire egress route Emerson has agreed to follow the design made by our architect, Robert Olson and Associates. There is no cost estimate yet, but it probably will be in the vicinity of $300,000. 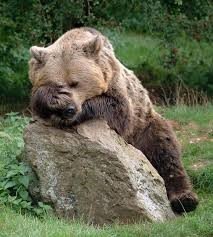 The major inconvenience during the construction in the next two years is that we will have no access to our parking between February 1 and June 30, 2016. Emerson has agreed to provide us with cash in the equivalent of the cost of five parking spaces in the Boston Common Garage during this period. Tony will use these funds to take care of employee needs first, but Taverners who are not as mobile as they wish they were should contact Tony for financial support when getting a cab or Uber.

So far the construction activities have not affected life at the Tavern very much, and I am hopeful that, apart from the inconvenience of not having parking in the rear for five months in 2016, this will remain so.

Many thanks to Brett Dunham for all his creative work related to the Emerson project, and to our Club Manager, Tony Fay, who watches all the construction activities like a hawk, and intervenes when things get out of control.

Monitoring of the Emerson dormitory construction is fairly constant. Minor issues crop up regularly [as they do with most all construction projects], they get brought to Emerson’s attention, and they get addressed. An amusing example occurred in mid-November. The seisometer [motion detector] installed in our basement has a read-out in Emerson’s offices. In this event the seisometer went crazy sending a reading approximating a major earthquake or a building collapse. The Emerson folks rushed over to the site, expecting to see a pile of brick in their hole [a Bruin?], only to discover that one of their workers had picked up the seisometer and relocated it. That must have been a 10 on the Richter Scale. – Brett Donham 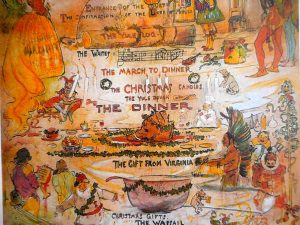 The Tavern Gallery will present a selection of Christmas posters from many years of these productions, featuring posters current and from long ago. Guests most welcome. (Members only for Monday Night Dinner).

Robert Pennoyer will talk about his charming memoir, As It Was. Pennoyer, still practicing law in New York at the firm he joined in 1958, has written about his life over the bulk of the 20th century, starting in the mansion of his grandfather, J. P. Morgan, on Long Island and proceeding to the expected privileged educational institutions, then traversing the Pacific, Washington in the 1950s and 60s, philanthropy and institution building in New York City. To quote one reviewer:  “Most importantly, this book is itself a demonstration of the values that boosted America on its path to greatness and for which no finer exemplar could be found than its author. It bespeaks a belief in democracy that is passionate and unshakable, and builds on a deep appreciation of the institutions that enable it. The spirit that flows through these pages may be modest, but it is also filled with an irrepressible optimism and a faith in simple values that are both uplifting and marvelously contagious.  As It Was is a lesson in a life well lived, and a tonic for dark and troubled times.”

Our intrepid contingent of Tavern poetry tasters will meet for lunch at noon on Tuesday, December 15, to ruminate upon the enduring virtues of Persian poet Rumi, of the thirteenth century. We hope for recitations in Persian by one or two experts, as well as Englished versions, amidst banter both learned and amateur. Guests are welcome at table (in the Perry room).

Thursday, December 17
This year’s Christmas musical, “The Curious Case of the Perfidious Valet,” is the twelfth full-length Tavern play to spring from the pen of Barclay Tittmann, the Club’s most prolific dramatist since the late Philip Rhinelander. It is Christmastide in London, and Sherlock Holmes (Andy Calkins) must suppress his distaste for seasonal caroling and deliver Lady Mary Crawley (Joan Yogg) and her noble family from the clutches of a treacherous blackmailer. In the supporting cast are Nick Clark as John H. Watson, M.D.; Nancy Maull as the caustic Lady Violet Crawley, Dowager Countess of Grantham; Chris Smallhorn as Mr. Carson, butler to the Earl of Grantham; Rusty Tunnard as Bates, the Earl’s valet; and Frinde Maher as Holmes’s long-suffering landlady, Mrs. Hudson. Jim Terry composed the music and is training the chorus of neighborhood carolers; Jeff Peters is coaching the principals. Bob Osteen directs. 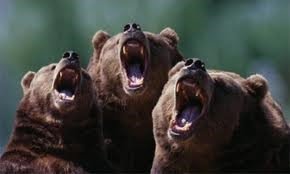 Monday, December 21
(initiated by Tom Kelly and including the MeistUrsingers)

The annual Christmas carols sing-along is a wonderful opportunity to get into the Christmas spirit and perhaps to introduce some friends to the Tavern Club. Members and Guests welcome.

Concert: On November 24, a large and enthusiastic audience of Taverners and their guests enjoyed a wonderful evening of music with the great flutist Paula Robison and her good friend and often partner, the brilliant Finnish pianist Paavali Jumppanen. The virtuosos played Bach, Debussy and Copland (a work dedicated to Paula) and encores by Casals and Faure.

Afterwards at Dinner a memorable evening continued with excellent food and wine as well as delightful conversations with our two guests, during which Paula announced her intention to retire from performing this year and Paavali his imminent marriage.

Oceans, Shores and Tides, the first of the History Lunch’s Environment Series, featured Bill Sargent as guest moderator, and two speakers: marine biologist, Donald Cheney of Northeastern University, and Kerry Emmauel, an atmospheric scientist from MIT. Visual aids were in abundance, conversation swirled around the issues of storm surges, sea level rise, ocean acidification, and rising temperatures. The impact of this on coastal New England affects real estate as winter storm surges erode beaches and coastal areas taking with them prime residences, and the economic health of the state as we witness the collapse of the fishing and shellfish industries of New England, and, with the destruction of the vast coastal marshlands, the threat to flora and fauna. The conversation turned to the impact of a “perfect storm” scenario of high tides, storm surge, and sea level rise, within Boston Harbor, where huge swathes of Boston, Cambridge, Somerville, etc., might be underwater for days. Establishing the rate at which sea levels will rise is an inexact science. Is there the political will and capital to invest in sea walls following the Dutch model? Can this problem be addressed in the private sector? On the town level? Far more than one lunch can encompass. But Bill, Kerry and Don were superb in laying out the problems and fielding a host of questions.

The Tavern Mid-Winter Feast will take place on Thursday, January 14, 2016, and our guests will be Jim Terry and his wife Maudie, along with any offspring who are able to join us. It will be one of those Tavern Evenings when we talk and sing and tell old tales, and generally recall some of the many wonderful gifts we have received from Jim, and by extension Maudie, all these years, not least more memorable Terry music we shall have just heard at the Christmas Play. We shall dress and wear medals for our former President, our Keeper of the Rolls, and so much else. Members, mark it down in calendars, please. 6.00pm for Dinner at 7.00.

The Tavern Book Club awakens from a winter hibernation, a tad early perhaps for the old Bear but he has been reading the great novel by Louis de Bernières Corelli’s Mandolin, which takes place in the Greek Island of Cephalonia, set in Odysseus’ Ionian Sea during World War Two. This stirring and romantic novel was a best seller as well as a movie, and our discussion will be led by Ed Tarlov and Bob Osteen, lately returned from sailing those legendary waters.

We are pleased to report that the current fund raising to match two anonymous donors’ gifts is going well, and we expect to reach our goal, but the hope that we can achieve 100% participation from Taverners may not be reached; still time to give something, and all gifts will be welcome. Thanks to everyone for their generosity.

Frank Igo has a new heart valve, courtesy of a porcine donor. He is feeling much better, and thanks everyone for their calls.

To dowload a copy of the newsletter for printing, 2015 December.