On April 1 our neighbor Emerson College will begin tearing down the buildings adjacent to 4 Boylston Place, numbers 1, 2 and 3, in order to construct a dormitory for students. It is likely that construction, following removal of the debris, will start in August and take up to two years to complete, to be open for occupation by Fall 2017.

Emerson was unable to proceed with its plan to purchase the Tavern Club air rights and build a larger dormitory around the Club, which proposal had been approved by the Club in 2013.

The present Emerson plan has many aspects that are not fully known to us. It will likely present difficulties to us in sustaining our normal activities. At this point, we have a number of oral statements from Emerson, indicating that they are aware of our needs and that they will make an effort to address our concerns.

High on our agenda is to obtain emergency egress from our upper floors through 3 Boylston Place. We hope to maintain some control over the access to our parking lot during construction and have raised the issue of substitute parking.

Most construction activity will be during weekdays between 8:30 am and 3:30 pm, but we have been informed there will also be night activity at times. Emerson will receive the Tavern events schedule and have indicated they are sensitive to those. We would like to obtain a written Memo of Understanding so that we do not rely only on oral assurances and indications. We plan to continue to operate as before, and keep you informed. We realize we are not entirely without rights and will stand up for those if and when necessary.

Surely with Narrenabend the long Winter ends – and with Spring comes

By Belinda Rathbone and Bob Linderman
Directed by John Tittmann

Many among the Club’s thespian elite have been persuaded to tread our boards in this new musical about one of Pop Art’s icons. If somehow you have missed this news and have not signed up, better do so NOW.

Bessel will discuss how the use of Theatre can help in overcoming Traumatic Stress in Adults and Children, Veterans and Prisoners.

Bessel’s talk, illustrated with video, is derived from his recent New York Times Best Seller list book The Body Keeps the Score. This subject is for everyone, not just neuroscientists, and should not be missed.

Llewellyn “Louie” Howland, legendary and elusive Taverner of old, has written a biography of a great American polymath, W. Starling Burgess, Inventor, Naval Architect, Poet, Aviation Pioneer and Master of American Design. The book. “No Ordinary Being”, is published by David Godine, and Louie will tell us the story of Starling Burgess and how he came to know about him and to write about him. Drinks at Noon, Lunch at 12:30, Guests very welcome.

Drinks 6:00   Concert at 6:30
Dinner follows with a Gershwin Singalong accompanied by Mike Scott at the piano. Taverners, families and friends, waifs and strays, all are welcome and expected not only to listen, eat and drink but to SINGALONG too.

Albert LaFarge’s alliterative talents have not deserted him and will return, inspired by the name of A.R. AMMONS, the American Poet chosen to be the subject of April’s Poetry Lunch. Members and of course guests will be very welcome. Albert will suggest some of ARA’s poems but plan to bring your own too.

Over Lunch Jack Cobb and Ed Tarlov will lead a discussion of the new Adam Nicolson book “Why Homer Matters”, a very personal and original view of the modern significance of the Odyssey and Homer or Homers. Guests welcome.

The Tavern Club welcomes two distinguished musicians who have entertained audiences around the world.

Robert Mealy is Concertmaster of the Trinity Baroque Orchestra in New York City, and Avi Stein is Associate Organist and Choirmaster at Trinity Church, Wall Street. They will present a Concert of Baroque Music, Robert Mealy on Violin and Avi Stein on Harpsichord.

The New Yorker has called Robert Mealy “New York’s world-class early music violinist” and the New York Times called Avi Stein “a brilliant organ soloist “in his Carnegie Hall debut. In addition to playing the violin at many Music Festivals, Robert Mealy is an adjunct Professor of Music at Yale University and also teaches courses in rhetoric and performance, and was at one time Director of the Harvard Baroque Orchestra. Avi Stein plays regularly at the Boston Early Music Festival as well as with other Baroque and Early Music orchestras.

This is a unique opportunity for Taverners and their guests to hear Baroque Music performed by distinguished and gifted musicians, and we suggest signing up early.

The month of February was a trial to many at the Tavern Club, and to none more than Staff led by the imperturbable Tony Fay. Salem cooked upstairs in the Rats’ Kitchen, food was brought down to serve, drinks came up, and somehow everyone survived the various inconveniences with grace and apparent aplomb.

Tom Kelly, with a deft impersonation of Watson Reid who was mysteriously absent , introduced Professor Thomas F Kelly, the distinguished Harvard Professor of Music, who discussed his new book “Capturing Music: The Story of Notation”  which takes us back to when musical notes first came to be written three quarters of s millennium ago. A large and happy Tavern audience was led delightfully through an all too short history of Notation. Not to diverge, as Notation is a rather forbidding word, but Tom quickly dismissed such a fear by leading us through  the way  writing of music emerged in a series of entertaining slides as well as excerpts of the music recorded by the renowned local Blue Heron Renaissance Singing Group.

It was an all too short introduction to a subject to which few of us have given much thought and it is doubtful that many of us remember music being taught which such good humor and enthusiasm. No-one wanted the talk to end.

After dinner, Tom reintroduced himself and answered numerous questions with the same élan, and at least one Taverner would like to hear the whole thing over again. Not merely to satisfy that demand, Tom happens to be  giving a live and longer  reprise of the evening with the live Blue Heron Group at the New England Conservatory at 2:00 on Friday June 12.

The weather mercifully allowed the Triennial Art Show to take place, and Tavern artists Professional, Amateur and very Amateur showed their work in an exhibit that opened on Thursday March 12. The 2015 Show was dedicated to Rob Ward who had been much of the inspiration for these Club Exhibitions in the first place, as well as literally putting them together.

Rob’s niece had lent the Club some of Rob’s work, which was displayed on the Billiards table, and she as well as others spoke briefly about Rob to the good crowd of Members and their guests gathered for the opening. A buffet Dinner was served which met with general approval – it allowed visitors to move around, talking and viewing. Special thanks to Joe Barbieri, Peter Haines and Joe Wheelwright for the work put into gathering and displaying the work of Tavern artists. One comment might be added, editorially as it were, which is that we fell far short of 100% Club Member participation in the 2015 Show, and for 2018 we expect many more Taverners to show their work!

It would be delinquent not to mention the Art Exhibit which preceded the Triennial Art Show, and that was by Carolyn Newberger, which was itself delayed by the same weather that postponed Eli’s Jazz Evening, but was eventually hung and viewed on the night of the Jazz Evening, at which Carolyn herself displayed not only her skills as an artist but also as a Washboard Player with the Band.

Various February events were cancelled or postponed, and of those none required greater patience and planning than the Annual Valentine’s Day Jazz Concert.  Eli Newberger managed to finesse the evening with the loss of only one musician, who was replaced with another stellar cornetist, Randy Reinhart.

So eventually on Thursday March 5 a full house heard Eli lead the Band and some of our local talent in a foot stomping evening of virtuoso playing and singing. Highlights undoubtedly included Tiger Rag to get things going, Watson Reid and Andy Doherty doing Your Feet’s Too Big, Ute Gferer La Vie en Rose, Bob Winter playing Ain’t Misbehavin’ – but the occasion was full of good music and singing, and was followed by dinner attended by most of the Band. After dinner Eli with Band members answered questions; the occasion also allowed the Club to give Eli his Tavern Buttons, somehow overlooked until now. This now Annual Event has become a Club fixture and the good news is that some of the Band have already committed to 2016.

After years of dignified labor and graceful energy, Steve Clark and Frinde Maher are relinquishing their guidance of the monthly Tavern History Lunches. The Club welcomes our new History Custodians, Carol Bundy and Jock Herron. Carol and Jock step up willingly and enthusiastically and we are all delighted.

By the time Members read this, they will be able to see a new photograph of our longest serving President hanging on the walls. This is a copy of a photo lately discovered at the Essex County Club in Manchester, Massachusetts, where it transpires that Mr. Higginson was a Founder and first President in 1893-1894. He had a house in Manchester, and was an active sportsman, which led to his joining a small group who wished to enjoy golf and tennis, as well as good company far from the hordes.

It is a fine picture of a reflective Henry Lee Higginson, and the Club is pleased to have it.

Barclay Tittmann will discuss the Sonnets of Shakespeare including Neil Rudenstine’s new book Ideas of Order about the story the Sonnets tell. Please bring your copies of the Sonnets so we can read together “the most beautiful love poems ever written”, according to Rudenstine (and Barclay).

THE GREAT INFERNO ILLUSTRATION CHALLENGE – Attention all Taverner artists!  We solicit submissions for illustrations – large, small, paintings, drawings, sculpture, any appropriate media – for an exhibition that will be a central feature of Dante’s Inferno Night – this year’s annual Author event.

The deadline is May 21, a week before Inferno Night. For inspiration, check out the Robert Pinsky translation, The Inferno of Dante, which has stunning illustrations by Michael Mazur.

Softball Game with the St Botolph, practice the day before on the Ebersold fields near the Hatch Shell, with dinner at the St Botolph afterwards. 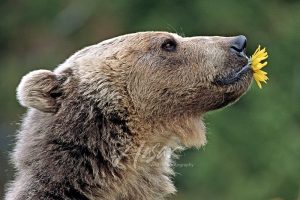